In Olympic fencing, why is the Piste so narrow?

I used to learn Olympic Fencing. In this sport the Piste was very narrow compared with it's length. (2 metres by 10 metres). Because the swords are over half a metre long this eliminates any possibility of circling or using footwork in any non-linear manner.

Why is this? is it because the sport often uses wires to connect the swords to the scoring machine? OR did the piste shape predate this?

It basically dates back to later 19th century fencing practices at French military academies. They would drill many soldiers at once, which required a limited space. Initially, they trained outside, and to combat the uneven surface created by repeated bouts, they began using a planche, literally a board, approximately 5 meters by 0.5 meters. 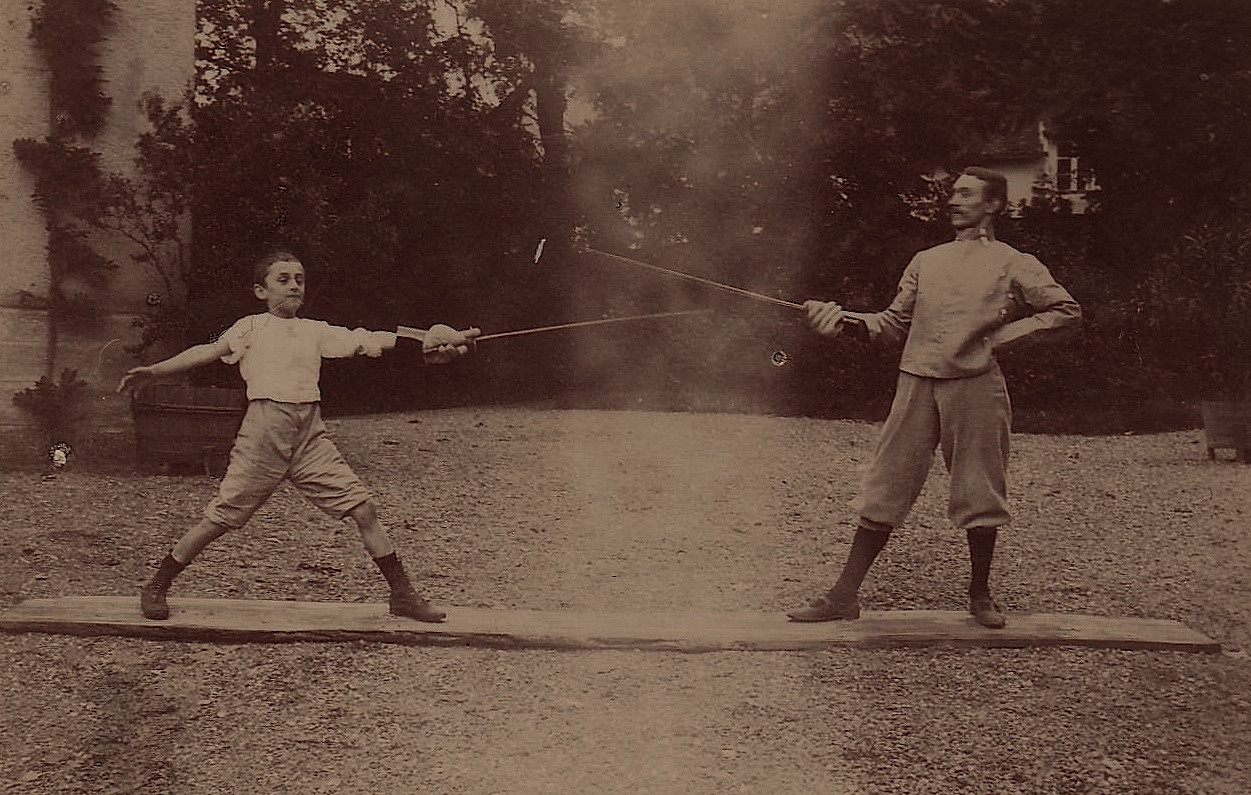 This was later superseded by joined boards, but kept approximately the same dimensions: 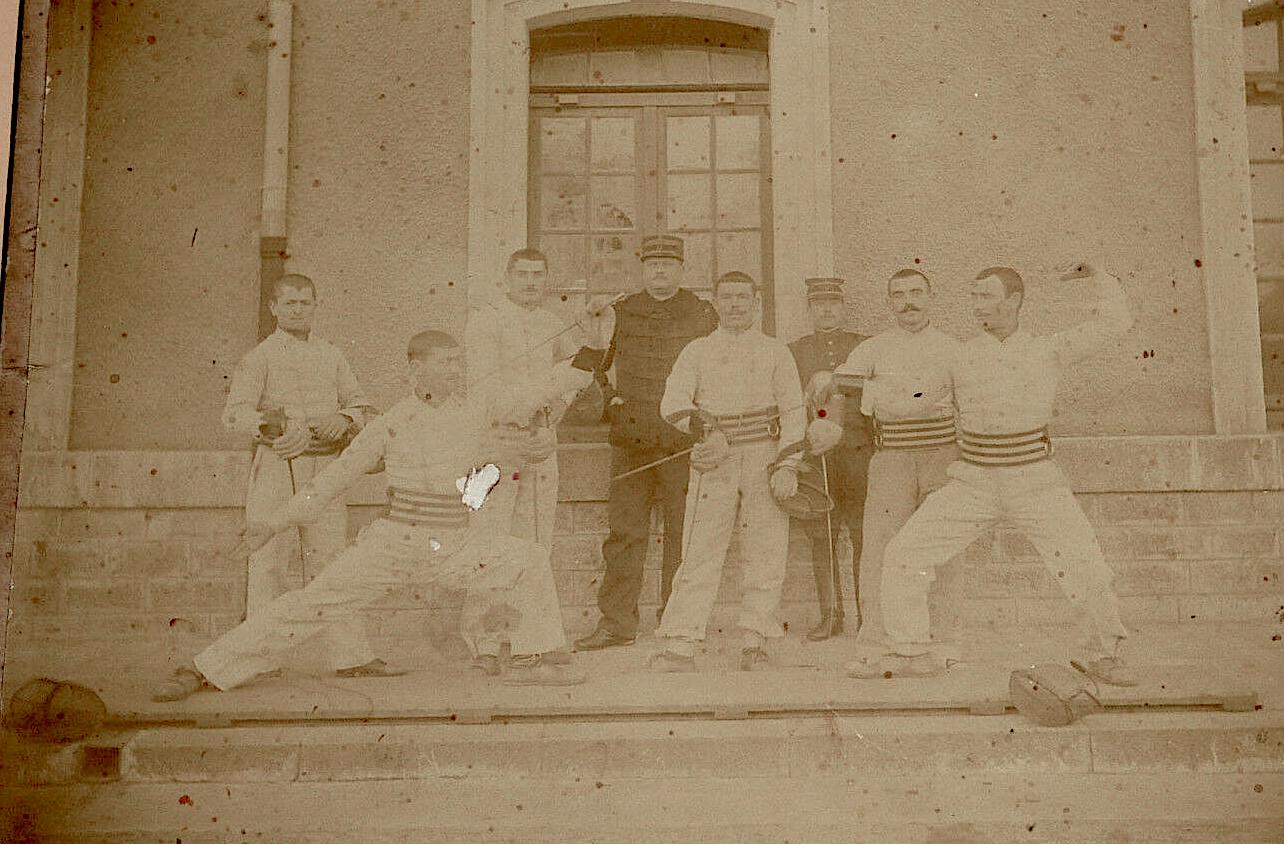 When they began moving the fencing into indoor salles, they kept the planche arrangement. 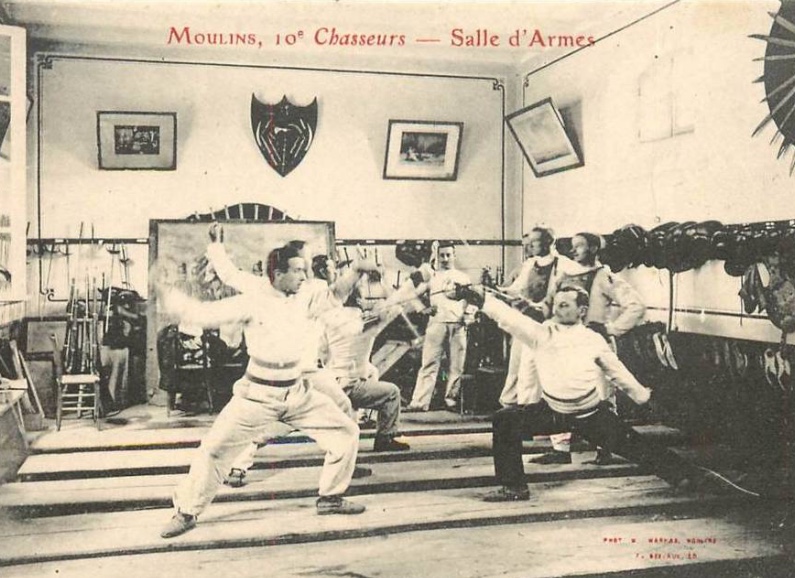 As to why the piste expanded past the size of the planche to its current dimensions, as best I can tell, it happened around 1922 as a result of it being lengthened to allow more spectators, and widened to account for it be raised for easier viewing by the crowds and to make the bout more dynamic.

There's plenty of space on a fencing piste to use side-steps effectively. There's even space to pass the opponent and attack them from behind. Neither of these are much appreciated (the former will tend to discombobulate your opponent, the latter is against the rules).

I also don't believe "side-step" counts as a change of initiative for foil or sabre.

But, you do not have the same options for footwork, as you do fencing in the round, due to the width restriction.

Source: I have side-stepped epee attacks, and I have (by accident) managed to advance to right beside an opponent on a raised piste.

Not the answer you're looking for? Browse other questions tagged sport fencing or ask your own question.

11
Criteria for a Martial Art to be considered as an olympic sport?
4
In fencing, what is a point of fact?
5
Thrusting Targets in the Leg
9
Is mutual death (ai uchi) the outcome of any duel between champions in saber?
6
Why do fencers point their back foot to the side in the en garde position?
4
Why are outside parries not used in rapier fencing?
7
Why were leg grabs removed from competitive judo?