What are generally non-lethal stab areas on the body?

I am working on a piece of fiction with a knife fight and I would like the action to slowly escalate rather than the first stab ending everything, even though that is most likely in real life. Therefore I would like to get a general idea of areas of the body where a knife stab would allow the injured to keep on fighting. The knives would be small knives if that helps eg. like a standard steak knife. I am guessing it would be important to avoid all the major arteries and organs, but looking at the diagram below I cannot see much "real estate" to work with.

I look forward to your suggestions. 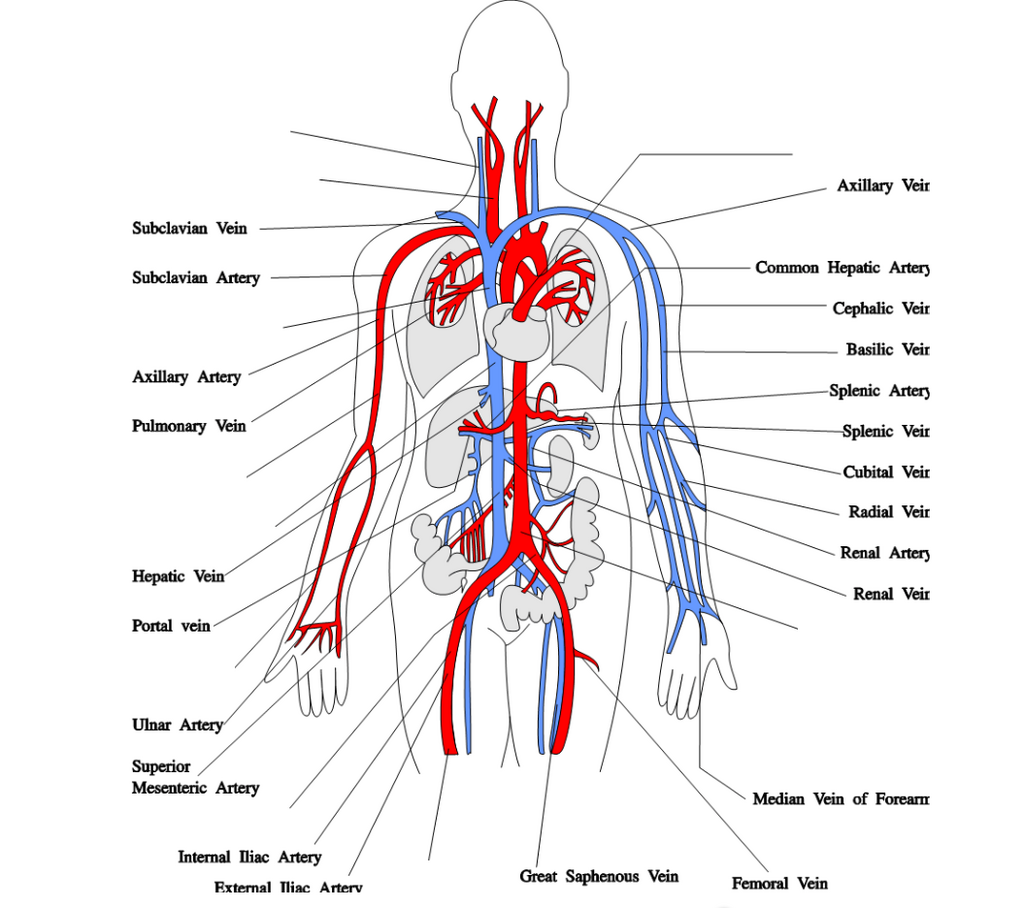 Erm...it is really hard to stab someone once so that it is lethal within, say, 30 Minutes. People can go on fighting with 10+ stab wounds for quite some time and the rib cage is quite a good protection.

In other words: Your assumption is flawed. It is hard to stab deeply in a fight. It is hard to get by the ribs. It is hard to inflict a lethal injury. Stabs generally are not used to end a fight with a knife instantly. If you want to end it fast, you stab, turn, and rip the knife out at very specific areas in very specific ways and angles. Seriously, it is quite common that people go on fighting and realise they have been stabbed only after the adrenaline levels go down and the shock sets in.

That does in no way mean that stab wounds are to be taken lightly, they will require medical attention as fast as possible. And there can be cases where, say, the liver or kidneys are ruptured or lungs, heart, or major blood vessels are punctured. This can lead to unconsciousness or death within minutes due to massive internal bleeding and asphyxiation. This is more common when using a relatively thin, yet stable and long knife like a filleting knife, not so much when using standard pocket or steak knives. In any case, it's not like in the movies where a single stab with a small knife will cause people to stop fighting, make a surprised expression, and go down dying. Just like people won't die because of 10 or even 30 seconds of strangulation.

That being said: Don't even think about using a knife in a fight. It will cause legal problems. It will cause others to use knives and guns. It will escalate towards lethal violence. There is no rational reason I can think of to carry a knife for self-defense purposes. Whenever you get yourself into a knife fight, you basically have to accept that you will end up in a hospital or a grave. A knife is a tool, even if a comparatively dangerous and naturally handled one. But since they are also widespread, they seldom give a significant advantage. Swords, spears, bows, and guns are weapons which give you a significant advantage in combat.

As of a story telling perspective, I recommend starting with swinging motions, ie. cutting. Cuts rarely go through simple shirts, but feeling the pressure of the edge can be pretty intimidating. Followed be superficial, bleeding (but relatively harmless) cuts on exposed body parts like the arms, this can be a mess without being even remotely lethal. Only after that I would recommend alternating cutting and stabbing patterns which lead to deeper wounds which eventually wear out the physical abilities of the fighters. Maybe even with severing eg. a shoulder or chest tendon/muscle which renders an arm useless and forces the fighter to change the hand etc. Depending on whether one outskills the other or they are evenly matched this opens more than enough time and escalation steps for storytelling like inner or open dialogue.

Not the answer you're looking for? Browse other questions tagged injury knife-fighting or ask your own question.

7
What martial arts cultural remedies are there to avoid and relieve soreness?
3
What type of brace should I use for the jumpers knee injury (patellar tendinopathy)?
5
What are the chances of breaking my nose if I take up a Judo class?
7
What forms of martial arts are recommended for existing injuries?
1
Are the majority of martial arts injuries from people returning to training after a break?
3
What is the purpose of Baguazhang deerhorn knife having some of its blade protruding/pointing inside?
4
When a fighter becomes unconscious in competition, what usually happens to them before they are medically clear to train and fight again?
4
What is the difference between a sword and a knife? Which are machetes?