When doing roundhouse kick in Muay Thai, they always teach to overrotate the opposite heel to around 45 degrees, so pivot heel is facing opponent. However having watched multiple Muay thai matches, more than half the time, athletes never do this.

This is just few example matches with Rodtang and Sergio. You can view multiple matches with many athletes. Is there a reason behind why this happens less in reality? When doing roundhouse kicks myself, I often find it wasted motion rotating feet too much. 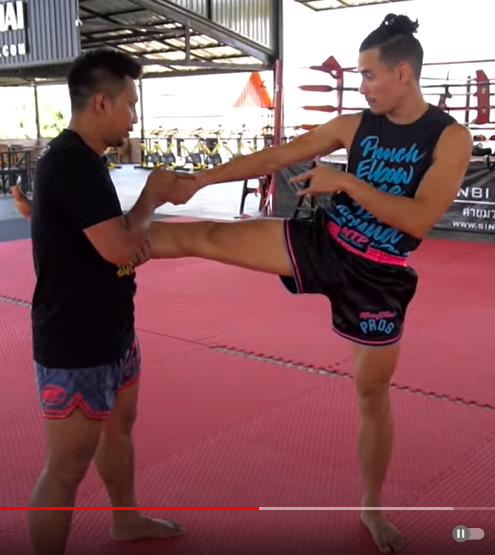 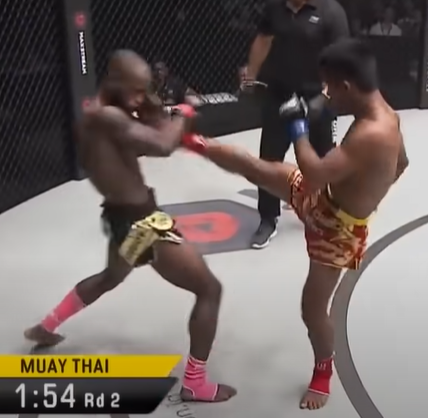 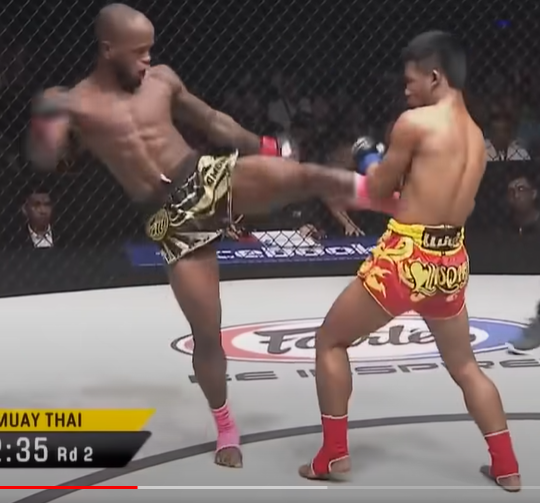 Don't think of it as wasted motion. This is a flexibility exercise for the most powerful kicks. If your opponent was a Pad or other inanimate object this is how you kick.

However for a kick in a competition or self defence where you have a live opponent or enemy who is trying to read your moves this is not the way to kick. The reason being that it is easy to read such an attack early by the change in foot and hip position.

The key to the hard to reach 'perfect technique' is kicking with this hip position without it being readable.

The way I have been taught to do this is to change the foot rotation while I kick. I start off with the foot at 45 degrees to the forwards position and lift the leg forwards as though I was aiming for a front kick. Next I twist the hips to the position shown in the training video. At the same time my foot rotates 90 degrees so it is 45 degrees from straight backwards at the end of the kick.

If I am doing a side kick I do exactly the same move. but I rotate the foot 135 degrees with my leg in the air so the foot is facing straight backwards as I land the kick.

The approach I describe is not the only way, nor necessarily the best way it sacrifices some power because I don't have the same level of angular momentum as the kicks shown in the training video.

You have to start with the powerful method they show in this video because otherwise you will lack the range of movement required to perform these kicks at all. However what you do in a fight should be different because you have to hide your intentions from the enemy.

This is not just about flexibility, but about opening the hips for optimal hip acceleration, which then makes the kick more powerful. Since in competitions power is not everything, lots of power is deliberately given up for higher speed and lower readability. Thus, the competitor tends to kick more via the hip flexor and less via hip rotation not because it is the 'better' kick (technically, it is worse), but because it is more appropriate for fights against experienced opponents reading your every move.

Not the answer you're looking for? Browse other questions tagged technique muay-thai kicking or ask your own question.