Who are some prevalent UFC/MMA fighters that spar with an actual Karate stance, not just a little bit. Only one I can think of is Stephen Thompson. 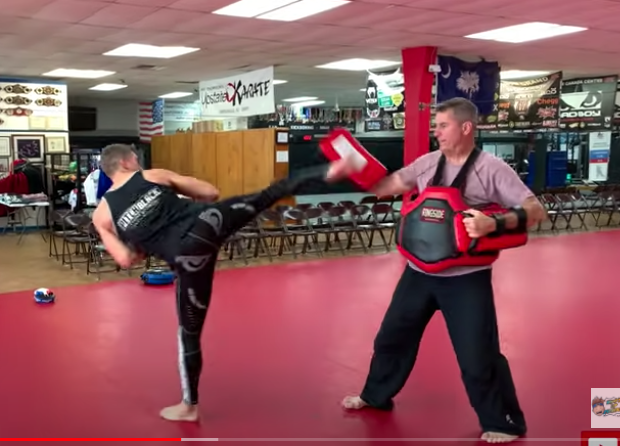 Guy Mezger did - you can see the bounce and the "rush" that karate points fighters have, he came from a kyokushin background though so not as long a stance as the more shotokan influenced stylists.

Robert Whittaker is another - longer stances the Guy Mezger and you can see that blitz/rush style a bit.

Machida's the obvious one, he's also the main shotokan stylist who competed, the others tend to come from other styles.

Kyoji Horiguchi is a less well known one - 3 years in the UFC, now a bellator fighter, also a shotokan stylist.

Gunnar Nelson's another Goju guy, with a noticeable karate influence in his stances. I think it's his main striking background combined with BJJ.

If you look at Japanese fighters, especially at the lighter weights, there's an unsurprising number of karate guys.

Not the answer you're looking for? Browse other questions tagged mixed-martial-arts ufc or ask your own question.

4
Help for Cauliflower Ear
5
What does "submission (terror)" mean as method of winning or losing a fight in MMA?
2
Muay Thai: Down Parry Technique for Head Punch
3
Why aren't more forms of deception used in MMA
3
Boxing Jab at Short Distance
3
Why don't MMA fighters wear Double Mouth Guards on both top side and bottom side?
1
MMA: Fighting Opponent who uses Karate stance
0
Muay Thai: Bounce Step not used?
1
What usually happens when sambo fighters fight each other?