Note that this question is a mirror of this one on skeptics.se. Due to the lack of answers at the time of writing, I thought here might be a good place to seek more. Feel free to answer in either.

There is a fairly wide spread belief within the Aikido community that all joint locks and some throws (or rather their break falls) are harmful to children. I am looking for actual evidence-based medicine research1) on the medium to long term harm to the development of children's body. Adults can practice these locks for decades without any adverse effects as their bones, tendons, and so on are all finalised. On the other hand, kids bodies are still growing and might be much weaker to resist strain. That is the common view within the Aikido teaching world. I am looking for actual medical evidence of such. 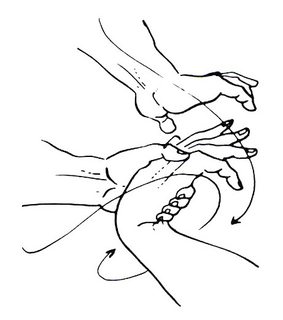 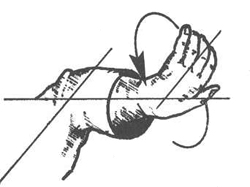 Both can be very painful in the short term but once the lock is released the pain disappears. The goal of locks is to either cause the body to move in a predefined way (to set up for a throw) or to pin the target so they are disinclined to resist the pin. The locks are safe to practice on adults: they do not cause any short, medium, or long term damage if applied correctly. Of course, they could do grievous damage if applied in haste on unsuspecting targets. But damage is not the goal. Otherwise, we could not train! To be fair, pain is not the goal either.

1: Answers based on either anecdotes or hearsay will attract down votes.

I don't have medical studies, but I can at least point you in the right direction of what to look up, based on kinesiology and adult biology.

"Tendon Plasticity" (Viscoelastic tissue) - Tendons work somewhat like rubber bands - they have some stretch to them, but if you over-stretch them, just like a rubber band, it ends up loose and destabilized and doesn't ever come back to normal:

(If you want to go further in-depth, check out Chapter 2 of Tendon Injuries Basic Science & Clinical Medicine, which goes into the issues of mechanical loading and stress failure points for tendon tissue)

Joint locks often use the limits of a person's muscle/tendon length to get the "lock" - the wrist lock being a prime example - and you'll notice from doing wrist locks, some people have a lot more range of motion before they have to go with it - that's a matter of having more muscle/tendon length.

Regularly stretching (or having it stretched for you, via joint lock) can result in that permanent tendon deformation and joint destabilization.

Too much load, or too much stretching, is bad. Too little load, is also bad. The key to strengthening tendons is months of regular resistance/load, high rep or long holds, to increase tendon thickness: 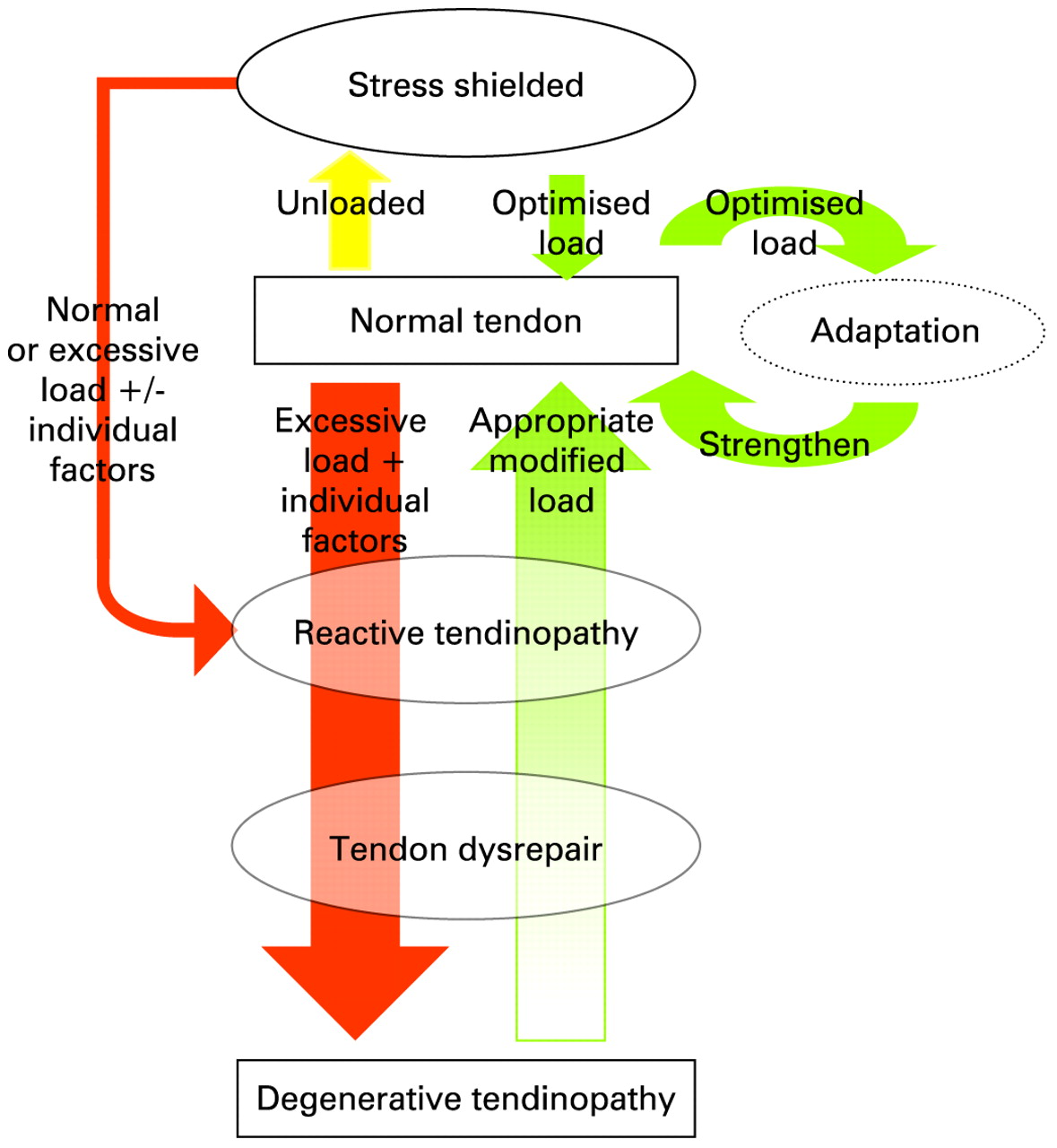 What this means about adults vs. children

I'm not a pediatrician, but based on what I know above, the argument for kids to not do joint locks has some solid basis:

There's also a 3rd factor which is that joint locks rely either on end length of tendons, or compressing joint capsules, which, if done with too much force or repetition, permanently damages cartilage.

If you want more science or specific studies, I suggest looking for people who are versed in pediatric sports injuries, as you're likely to find more relevant information there.

I'll give an answer from a completely different point of view. A child who undergoes the stresses of joint locks are subject to the manifestations of injury as described in Bankuei's answer, I have no doubt. But the injury to a child is not relegated to the child, and for different reasons:

Children who engage in joint locks should be considered from both nage/tori point of view, as well as uke's point of view.

As nage, inexperienced children are at more risk of hurting (a minor) uke, because they are not experienced in the technique as well as recognizing when to stop. I often see youngsters perform what they think they see, and overexaggerate the technique; they do it too fast, and don't recognize the signs given by uke to stop. Either they don't recognize the sign at all, or they recognize it too late. For this reason, I see many a martial art school - not just aikido, but other styles as well - have very young and/or inexperienced kids do many of the techniques with tegatana - an open hand. Without the grip, there is virtually no chance of injury, since uke can slide out. Of course, this changes the dynamics of the technique, often to the point it is not useful or practical. But the exercise for these kids at this level is less about practicality, and more about the shape of the technique, an issue to deal with which is outside the scope of this question.

On uke's side, children sometimes cannot exhibit pain: either they don't know how, or they don't react in time. I have seen first hand an instructor bring a child into sankyo, and (accidentally) not realize the child bent over with tears streaming out of his eyes because he was too scared, too startled, or inexperienced to indicate he was in pain. A child being held in kotegaishi can be more easily seen in pain from a facial grimmace than one who is in sankyo, due to the fact that they are more or less facing each other.

Well, these aren't really medical considerations or studies, they are simply observations lending to the idea that children engaging in join locks and wrist bends should be watched with particular care.

However, there is more. When a child is injured - even if not noticeably so - they can have injuries show up later in an x-ray for an unrelated injury. For example, a child sustains a minor spiral metaphyseal fracture because of a joint lock, sankyo, or kotegaishi in class last week might experience minor pain which might not even be reported, or might be mistaken from injury sustained from football or hockey that same afternoon. Then this week, he falls off his bike (whether or not that fall is related to his fracture), and gets an x-ray which shows the other underlying injury. Bike falls, hockey, and football don't usually exhibit spiral fractures, while child abuse often does.

Now the parents have a lot of explaining to do - sometimes to child protection services.

Yes: an instructor who is not careful with his minor students can wrap his student's parents up in a child protective services investigation.

Here are some sources which may be of interest which describe fractures relating to child abuse. Note they are somewhat graphic and unsettling to those not experienced with the subject, caveat lector:

Does this happen often? No, not at all, or else the Surgeon General would be calling for a war on Aikido. But this subject comes up from time to time as a defense when a case goes to a formal investigation and/or court. Parents who are innocent and are accused of abuse in these cases must consider all of the activities their children have done which might have caused the injury. It is not uncommon for horseplay among peers, sports, and martial arts to be blamed.

Having said that, there are diseases classified for repetitive use injuries in children, seen here:

Well, you DID ask for studies. In this article, the recommendations and articles are from none other than the American Academy of Orthopedic Surgeons, hardly a group to challenge their recommendations for sources.

I would venture that the US National Library of Medicine and National Institutes for Health falls under a similar category, although, they do source their articles:

The child and adolescent athlete: a review of three potentially serious injuries

As in the AAOS and NIH, the concern here is harm in growth plates and growth spurt. In both articles, the issue is of repetitive action, not the legal issues as mentioned before.

I guess I'm throwing in this one for no other reason than to show that, while the content of the article has nothing to do with Aikido or joint locks, the implication is that with proper and repetitive training, injuries can actually be reduced:

Not the answer you're looking for? Browse other questions tagged aikido teaching children or ask your own question.

18
What is a good age to introduce children to a martial art?
13
Aikido kotegaeshi
2
Am I allowed to start Krav Maga training at 14?
2
Best Martial Arts System for 4 year old?
0
What would prove better for a youth as self-defense

18
What is a good age to introduce children to a martial art?
4
How popular are the different styles of Aikido?
5
Are championships against Aikido philosophy?
10
How to adapt kote hineri against a larger opponent?
12
Teaching ukemi to children
17
Do Aikido wrist locks work against stronger opponents?
10
Video evidence of Aikido applied against a resisting non-aikidoka?
4
Aikido locks/throws while wearing ken in the obi