In martial arts there are different ways to execute the roundhouse kick. Some kicks are felt like a whip and some are like a huge blow. For example, in karate a roundhouse kick uses the ball of the foot but in taekwondo the instep is used. Some use the knee and the elasticity of the leg and some use the whole body power by shifting the body weight on the side where kick is thrown.

You've got a one-adjective criteria there, and a vague one: effective.

Overall effectiveness might reasonably be defined as what helps you win reliably, or perhaps you'd prefer something less reliable if it meant the average or median injury you sustain is less even though the worst case outcome's less favourable. That kind of analysis depends on your opponent(s) as much as you, because the quality of their defense, conditioning, and counter-attacks determine whether you'll be able to use your roundhouse effectively. An incredibly powerful but overly telegraphed roundhouse might be useless against a very agile opponent, while a fast flicky kick might do insufficient damage against most targets on a larger, stronger opponent. It does depends on the target though - a flicky but "clean" kick to the jaw should still be a knockout. Trying to take someone out through thigh kicks, or breaking down a guard, needs more power than a kick to the floating rib or liver but will likely be less effective anyway.

Effectiveness of a kick is also a result of the unpredictability of the timing, catching the opponent moving the wrong way, coming in at an unexpected angle e.g. a very few people have the flexibility to lift the knee higher mid-kick and kick downwards into the neck, another variation needing less flexibility is to drop the knee while turning the torso away from the opponent and swinging the lower leg down into the opponent's face.

So - lots of considerations for any meaningful measure of effectiveness....

I teach Kyokushin karate and I've taught the many different ways a roundhouse kick can be executed. However these can be boiled by 2 different characteristics: the striking area (i.e. Ball of feet, instep and lower shin) and the power mechanics. With power mechanics there are 3 distinct forms:

For striking areas, I tend to use my shins when targeting the thighs and ribs, swinging my leg like a bat. I also use the ball of my feet for ribs and neck using a traditional karate style of delivery. In prolonged fights when I tire out (eg 30 man Kumite) I would conserve energy and use the ball of my feet. It requires more skill to use. On insteps, I tend to use it for high kicks to the jaw, temple or back of ear. I would use the tkd style as it is deceptive, forcing my opponent to execute a low block in anticipation of a front kick to the midsection. All in all I would all the different type of roundhouse whenever I fight. It keeps my opponent guessing.

The most effective way to do it is shown below:

In Butthan martial art, it is called Swing Kick. And the motion shown in the image produces the most power. Striking with lower part of Shin bone causes most damage (Shin bone has to be conditioned well enough). 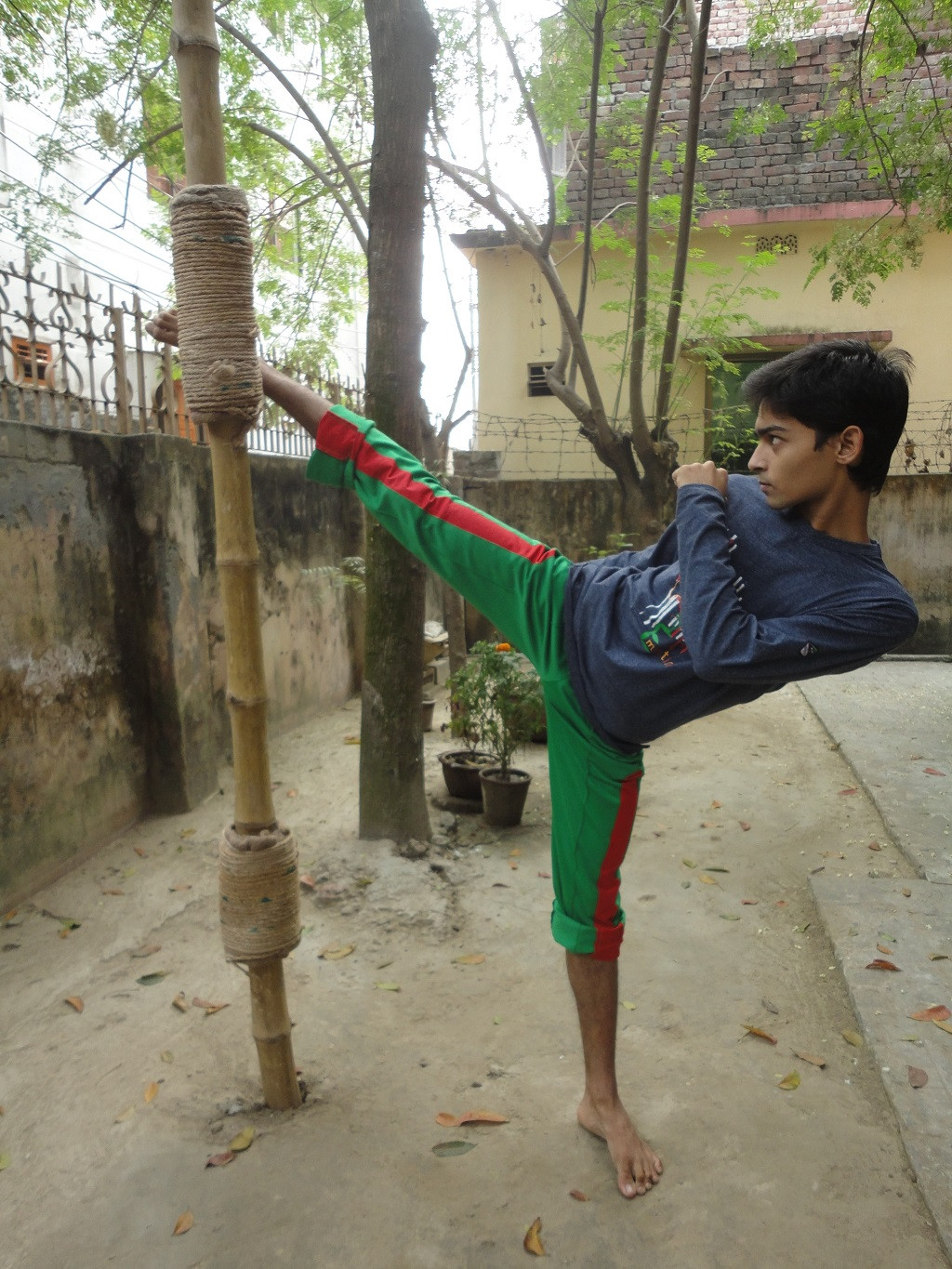 Not the answer you're looking for? Browse other questions tagged tae-kwon-do karate self-defense kung-fu jeet-kune-do or ask your own question.

14
How to overcome fear to jump?
9
Mawashi Gheri Vs Dollyo Chagi
5
What is the most efficient way for a beginner to improve his posture?
4
Hip problems and roundhouse kick?
6
How to beat a Kickboxer with a Bruce-Lee-type stance and a Taekwondo/Karate background?
3
Muay Thai Roundhouse kick: Rotate in stability without friction
1
Is targeting the biceps an effective method of incapacitating the arm?
1
The most effective way of striking the groin for a beginner?