In Bruce Lee's Fighting Method I read that spin kick in JKD is hit directly to the opponent. However, I noticed a Taekwondo friend hitting his kick in a cyclic manner. Which one are most effective and why?
To further clarify what I am talking about, I cite Bruce Lee's "Fighting Methods: Skill in Techniques (1977) by Bruce Lee, Mitoshi Uyehara, and Mike Plane. The following screenshots are from the book, describing spin kick. 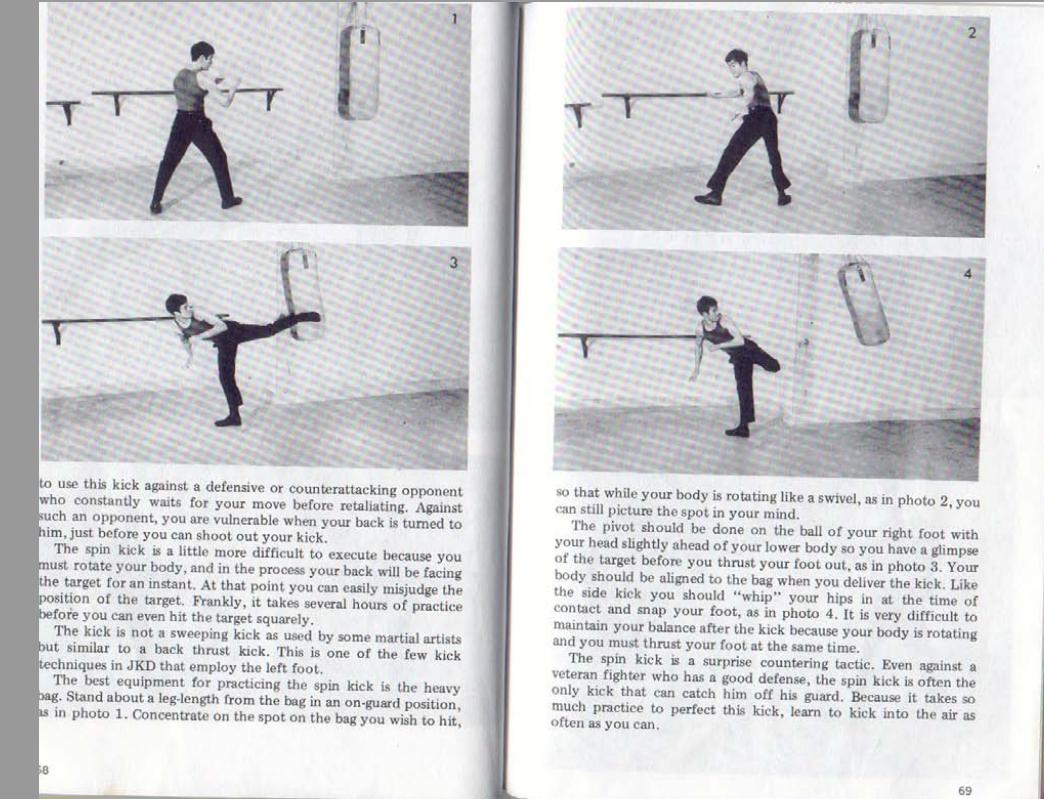 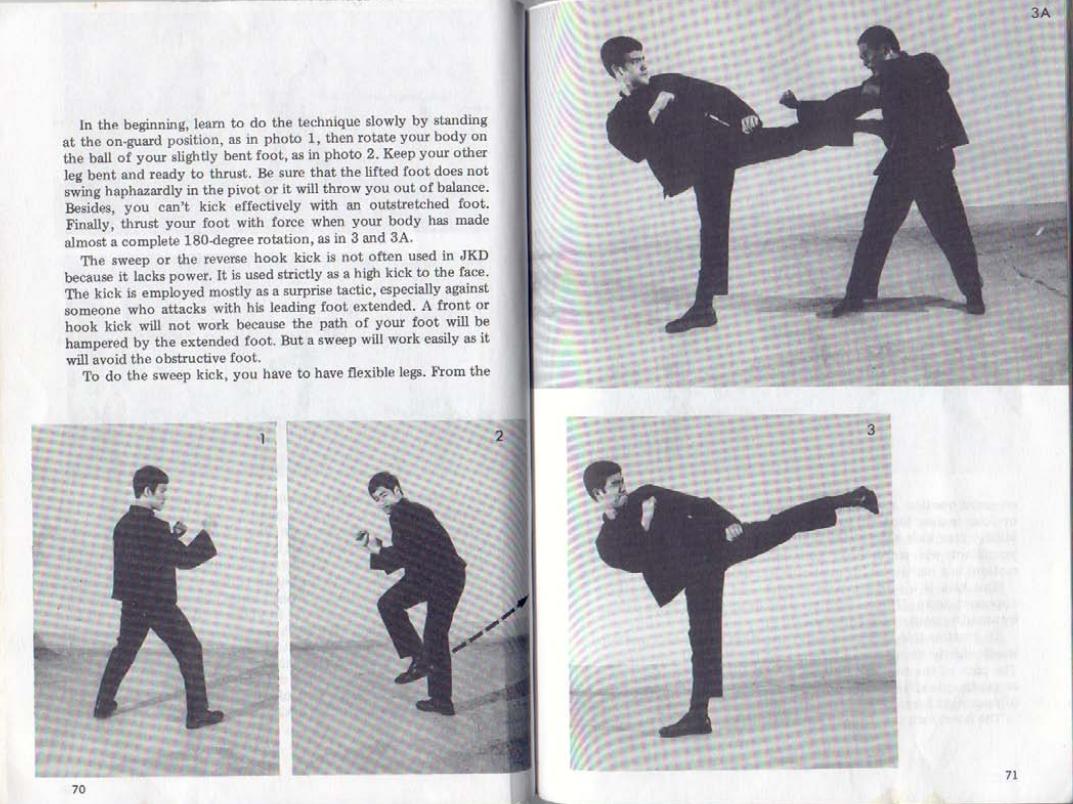 If you are fighting for real then you skould not kick higher than your opponent's balls. Reason is you're legs are to easy to get a hold of. Bruce Lee's high kicks and spin kicks are just for show. They look cool but if he used them in a real fight he would get his ass kicked. There are plenty of targets to hit below the balls, especially the knees. i would practice all areas below the balls and focus hitting exactly what you're aiming at. Hand techniques are very effective without risking you're legs getting caught and throwing you to the ground. Bruce Lee made the sport popular with his kicks but in reality it is wise to keep you're legs on the ground.

They're both effective at their intended purpose. Just to be fair though, TKD also has a spinning back-kick, which is much closer to the JKD spinning kick.

I'll admit that I don't follow Steve's explanation of the difference on the spinning kicks, so I won't address that.

There's also this video where they discuss another perceived difference between the two. Namely, the teacher is suggesting that all TKD (or, as he says it, Karate) back kicks require a full 360 degree spin, and are therefore slower, albeit potentially carrying more power. As best I can tell from the video, the JKD spin kick is closer to an abbreviated back kick than a TKD spinning back kick.

I dont know about JKD but in Taekwondo, there are many effective round kicks like one of them is called "Touch Back" which directly hits the face of opponent by sole of foot and the other kick is known simply as round kick in which opponent is hit by the heel of foot. Also there is a kick called Hook which hits chin of the oppenent. Moreover there is backthrust and butterfly which are used as counter attacks and probability of hit is upto 90%.

Not the answer you're looking for? Browse other questions tagged spinning-kicks or ask your own question.

7
Backspinning Heel Kick, Hapkido Origins
10
How does one train for a spinning reverse kick?
6
Proper Foot Orientation on Spinning Back Kick
2
What kind of kick is this?
5
What do you call this type of spin?