What does it mean to “chamber a kick”?

I've read that tons of time on forums and heard it in many videos.

The explanations always seem kind of vague and to this day I can't explain what it is to "chamber a kick". I know it's very important, maybe I'm already doing it (I probably am, I have some years of training behind me).

The main problem might be that I'm French, so the signification of "chambering" isn't clear to me.

So, what does it imply to chamber a kick? There probably is a "canon definition". What are the steps towards this?

I'd like a "canon answer", to try and make this a reference for anyone who'd have this question in the future.

When one refers to chambering a technique (any technique, but in this case a kick), they mean fully drawing back the technique in preparation for exploding forward. In looking for images to illustrate this point, I was disappointed because I cannot find an example of a good chamber for a sidekick. So I'm going to ask you to use your imagination. 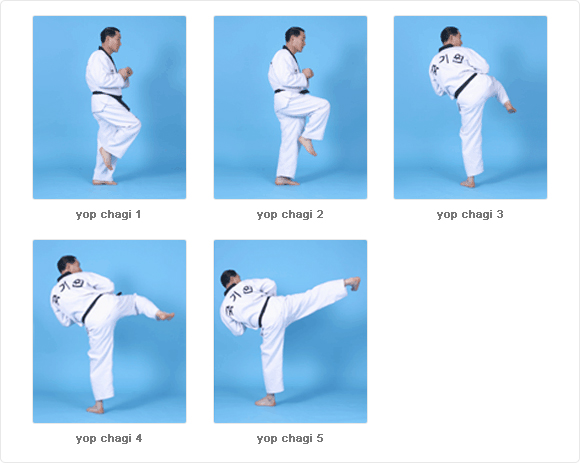 In image #4 this is what we mean by chambering a sidekick. This stylist is illustrating a poor chamber. His knee should be tightly tucked into his chest instead of far out from his body, and his heel should be pointing directly out at his target. Thus, when executed, the sidekick should pump quickly and powerfully out, then retract back in like a piston.

To further illustrate the point, the following is a sequence of throwing a front kick. There are twelve images. If we number those images top to bottom, left to right, the 9th and 11th images are chambers for a front kick. 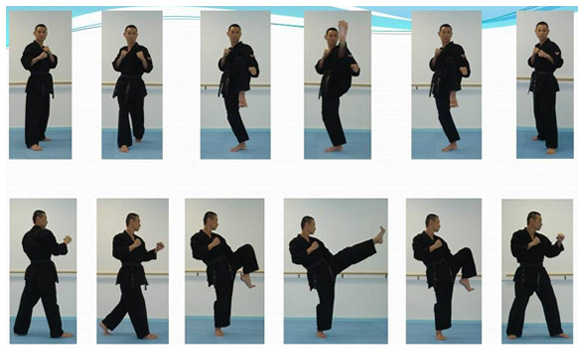 Likewise, in the image series below, images #10 and #12 are chambers for a round kick. 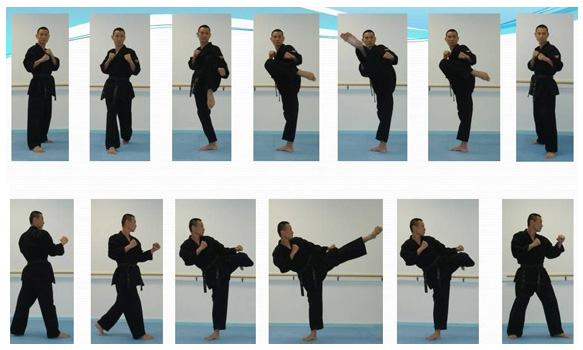 A chamber is, very simply, the inverse of the executed technique. To use a punch as an analogy, the fist on the hip is the chamber, whereas the fist that is punching is the technique. Notice that the chambered fist is exactly the opposite of the punch. It is supinated, whereas the punch is pronated. When the chambered fist is thrown it will twist. There is some yin/yang stuff going on here, but it need not be thought of esoterically, but rather as physics. 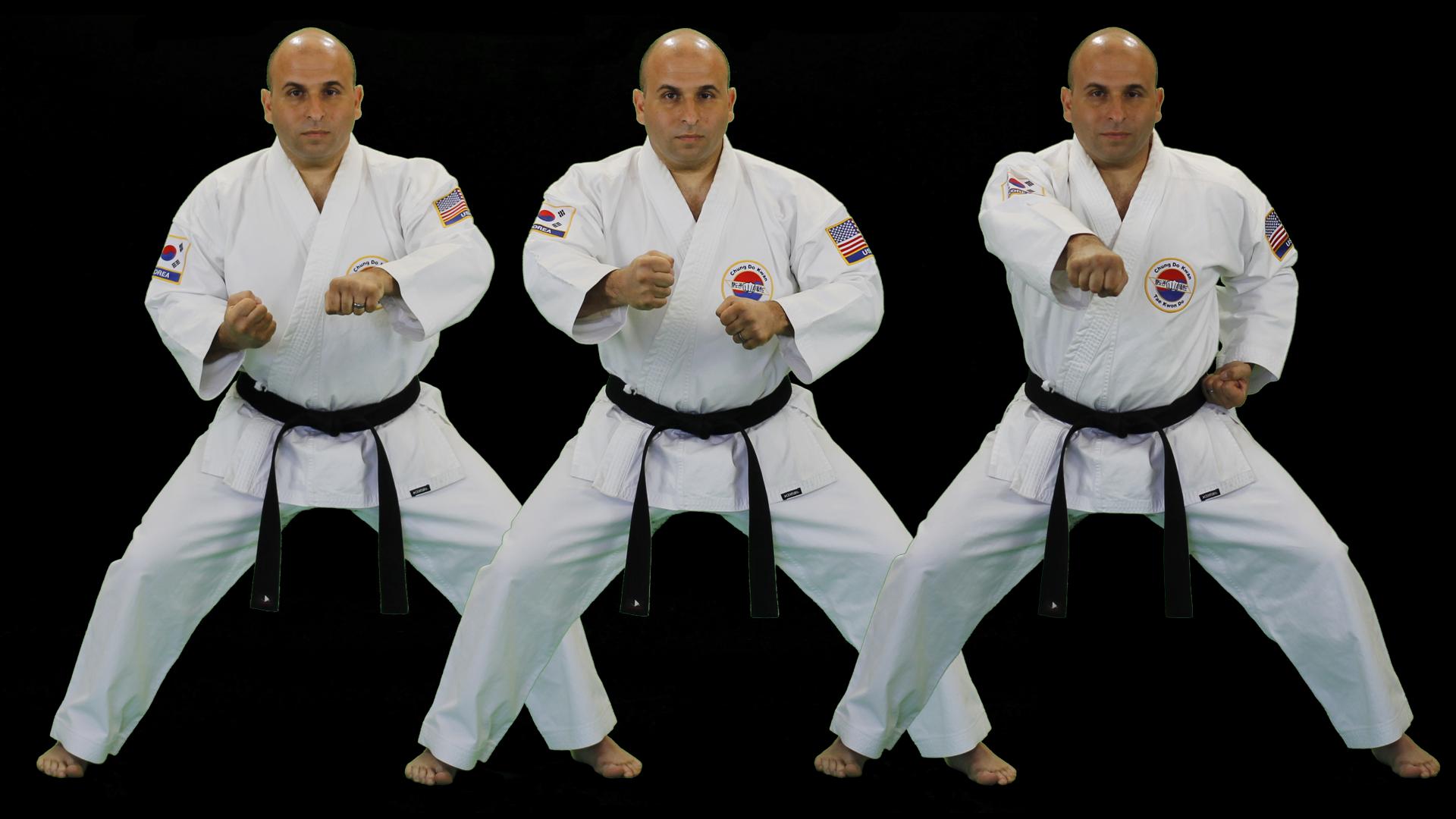 Chambering adds power to the kick

By chambering the kick fully (especially in the example of the sidekick) you are adding power to your kick in two ways:

Not the answer you're looking for? Browse other questions tagged kicking or ask your own question.

12
Pivoting for a kick
4
Training front kick
4
Is Spin Hook Kick A Defensive or Offensive Kick?
3
Best moment to land a low kick?
5
In terms of MMA, what is a back kick?
10
Some crazy kick identification
4
What are the advantages to adding a jump to a kick?
0
What area of the leg should I perform a turning kick with?
2
What kind of kick is this?
6
How to correctly throw the leg kick so that it does not get jammed up after punches?