Does Krav Maga or any Martial Arts helps preparing to get stabbed?

You sure learn how to defend againt knife attacks, but how does it even feel to get stabbed? Would an average human stay under shock? Or Would you still keep fighting and defending after you get stabbed? Or will the pain hurt so much, that you wouldn't be able to use any techniques anymore? Do Martial Arts or Krav Maga help hardening your mind and body against such attacks? Would even a beginner still have a better chance to survive than someone without any fight/sparr experience?

Wow, that are plenty of questions out there ... let's try explaning it like this:

I'm in Martial Arts for a long time, was very active in Boxing for a long time and been a Krav Maga instructor and bouncer for many years. And NO Martial Art nor Self defense system will bring you in a position to defend yourself against a knife attack - At least not without leaving you bleeding or wounded badly if trying.

There are situations where you see the knife before an attack, my personal proposal is to turn your back and run.

If you don't see it, and notice that you are stabbed, as depending on the situation and the power of the 'swing' or hit you might not even notice it as a stab, you have at least to try to avoid additional stabbs and this is where something like a martial art or krav maga can help - IF you are able to recall the movements in that situation.

I've been stabbed a couple of times and had the luck to still walk around and I can tell that the only time I have felt it was in the muscle areas. I received a stab in my leg and I can say that it felt like a very good low kick where the stab in my back, in the kidney area, I did not notice a all. Just after everything was over I felt a wet shirt- from the blood and a weaknes in my knees. I guess it is the adrenaline that don't let you feel the pane actually.

However, my suggestion in any case, if you see someone with a knife approaching you, don't try to fight, run.

Don't believe the Marketing hype - you will NEVER leave a knife fight without injuries - weather you are successfull in defending it successfull or not. This is nearly impossible. 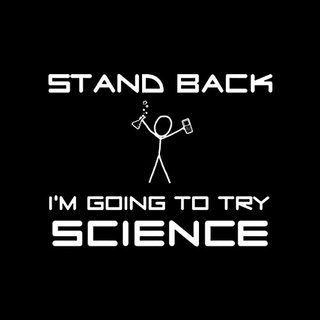 The Journal of trauma and acute care search on stabbings should be a good research starting point.(1) Wikipedia's article on stab wounds have a large reference section you should check out. Turleskin stab armour has a white paper on stabbing targets but clearly is biased towards selling armours. Finally, Prof Sarah Hainsworth has published several papers on the force of stabbing. Oh, one last thing: No nonsense self defence section on knife fighting is a must read.

Most, if not all, martial arts are fooling themselves that they can teach anything useful against a skilled knife fighter. Even a knife vs gun fight is not going to go as you think it should as Dan Inosanto demonstrates in these videos. Note that the original video showed Inosanto attacking a LEO. This has since been taken down for obvious reasons in 2017…

Even a skim read of the above should tell you one thing: Stabbing is bad news! Thus:

(1) Clearly this is a medical journal thus contains graphical material related to trauma.

There's a number of arts that deal specifically with blades combatively - that ranges from traditional to modern military styles. There's common elements among them all, which kind of tells you there's probably some baseline truths involved if you see parallel evolution across cultures and time periods, especially since knives are among our oldest weapons and tools.

The universal strategy to all of these (aside from, "Don't get in a knife fight") is getting rid of the threat as soon as possible. That could be jamming the arm that reaches for the waistband before the knife gets out, it could be tearing tendons with a lock, punching the head, or all kinds of thins. There's not a single solution because knives are ugly, fast, and dangerous, and most of these styles carry a few options because you have to adapt quickly.

That said, you'll see a lot of combative knife styles spend a good amount of time on training defense, not because you're going to magically dodge/block 5 minutes of knife attacks, but because surviving the first couple of attacks is necessary for you to counter and take control.

Aside from the methods towards not getting stabbed, the other part is positioning such that injuries do the least harm - getting cut on the back of the forearms is much less risky than most other places you can get cut. You can't harden your body or your mind, you can just make sure that what gets hurt is something that you can get to a hospital with, and not something that will leave you dead. (Well, you could wear armor, which is basically what people do when they expect violence...however that's not what you're asking.)

There are accounts from people who have been stabbed or cut and felt nothing or simply numbness. A common danger to sharp weapons is not pain, but not realizing how badly you've been cut and not stopping the bleeding in time. The flip side is that many arts that work with knives often teach overkill - you keep attacking because you can't assume pain will stop an opponent.

From what I've seen. No, most martial arts don't deal well with knives, there is a lot of complete fantasy, wishful thinking and misinformation around.

I've never been stabbed myself, but come from the stabbing capital of the UK and know a couple who have, and in both cases they didn't realise they had been stabbed until after the event.

If we look at the past, there is a common feature that all cultures employed when they had to deal with blades. Armour. i.e. even though they had technique, they still employed armour. Put another way. Technique will not save you. It takes 1/6 of a second to throw a punch. Human reaction time is closer to 1/4 of a second. If the hand throwing the punch holds a knife, you'll see that the odds are stacked in favour of the offence rather than defence.

Armour doesn't have to be steel. Blades do very poorly against multiple layers of clothing, 3+ will often prevent a slashing attack and Gambeson worn in medieval times of 10->30 layers of linen would prevent all but heavily committed thrusting attacks. Today we have far superior fabric technologies.

If the statistic is correct, the implication is that an untrained person has on average a 1 in 100 chance. A black belt or equivalent has a 1 in 25 chance of not getting seriously injured.

Put still another way, if you are confronted with a knife, and running is a viable option, then run.

Not the answer you're looking for? Browse other questions tagged krav-maga or ask your own question.

9
Does Krav Maga have any roots in Aikido?
3
What time requirement and certification does one need to become a Krav Maga instructor?
5
Krav Maga, is it 100% legal for defense?
5
Frequent ribcage injuries, is this normal?
1
Is Krav Maga a hybrid martial art?
1
I'm curious about learning a new discipline for self defense