Is the following position realistic in any fight?

Here is a position that I found in some places: 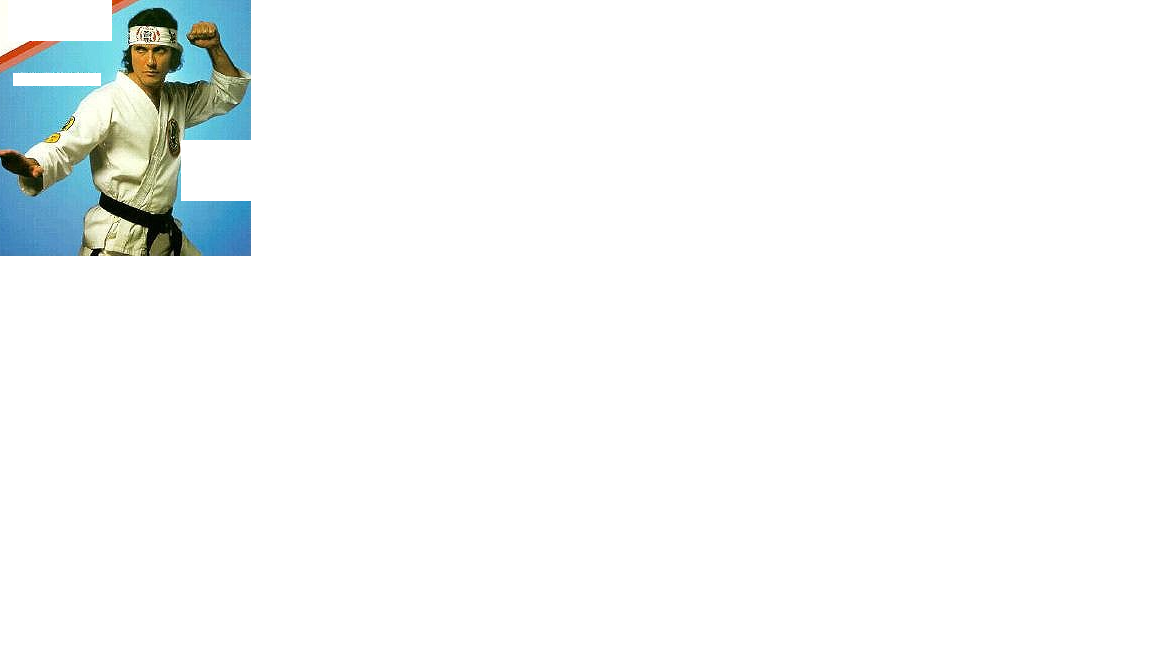 It's not a starting position. It is a defence against a kick.

The rear arm has caught the opponent's leg and it is hooked over it, the front hand is pushing him over backwards. You would need to see the full sequence of movements in the form to understand how the position is used.

In karate the stance is called "manji-uke" and it has a direct equivalent in Kung-fu. The application is the same in both cases.

You see this in for example the katas Passai/Bassai Dai, Pinan/Heian Godan and in several kung-fu forms such as Tong Bi Quan. The sequence in Passai and Tong Bi Quan are the same application. It's likely that the Passai sequence originated from that or another earlier kung-fu form.

The application in both is:

If you're assuming that it represents a "fighting stance" or a position that you hold while waiting for something to happen, it may or may not be. I have seen similar fighting stances from Bujinkan budo taijutsu and other forms of classical jujitsu. You can look it up on youtube to see some examples. Just type in "Bujinkan" and scan the video until you see a similar fighting stance.

But given that this picture is of a karate practitioner, that means it's not a fighting stance. It's a freeze-frame image of the performance of a karate kata. Find out which kata it's in, which move it occurs on, and then re-post your question asking us to tell you what's going on.

There are many of us that understand karate kata and can give you our analysis. But it will depend on the context within the kata itself. The move(s) that came right before it and the move(s) that comes right after it are hugely important.

Is this a realistic start position in a fight?

Instead you think of this as a finishing position.

That particular position could be anything, including but not limited to:

Personally I never start a fight in a stance or position other than Hachiji dachi ("the ready" stance) - unless the fight starts without me being "ready"!

The picture is used on the cover of Winning Karate by Joseph Jennings.

My guess is that that stance is from some kata, and as such it could be completely reasonable.

But, your critique is of the utility as a general ready stance for fighting, and you're inviting us to join in...

As far as that goes, you're right - it would be terrible if used as a general fighting stance, and it's a good skill to read weaknesses in a position if used during sparring, so here's some analysis:

That said, I have seen some extremely good fighters (e.g. Tsukamoto Norichika of Shin Kyokushin) extend their front arm vaguely similarly when fighting at long distance... perhaps as a way to help gauge distance and perhaps for complex reasons of balance and mobility.

I have been known to shift into a fencers stance, similar to this, when I'm playing around in sparring or want to force a student to think differently. The lead hand is well positioned to parry most attacks to the body and head, including multiple attacks, with little or no movement. The rear hand helps to maintain balance. In sparring, it's good for taking a short breather while the clock is running, against a less skilled partner.

Depending on the stance and leg position, it it possible to throw a decent jab, provided it is powered almost entirely by the legs. This would be more like a fencers lunge than a classical karate or boxing jab.

Some aikido schools use a similar stance to invite certain types of attacks as a setup for a throw.

9
What's this posture called, and does it signify something
8
Is it expected that all training stances/positions will have direct fighting applications?

3
What are the ankles good for, relative to stance work and mobility?
6
"Rules" for weight distribution per FOOT (not leg, foot) for any given stance/intent?
8
how to perform a reverse punch?
8
Is it expected that all training stances/positions will have direct fighting applications?
6
Why do fencers point their back foot to the side in the en garde position?
3
Leaning out of axis
4
Avoid anterior pelvic tilt on the long stance
2
Does a stance like this have any application in real life?
7
What is the Maṇḍala stance/posture in Dhanurveda?