Low kick and block with shank-bone

I can't find relevant info about this matter. The thing is, I found this picture to get more detailed info about anatomy of the bone it self at the shank part of the lag and found this: 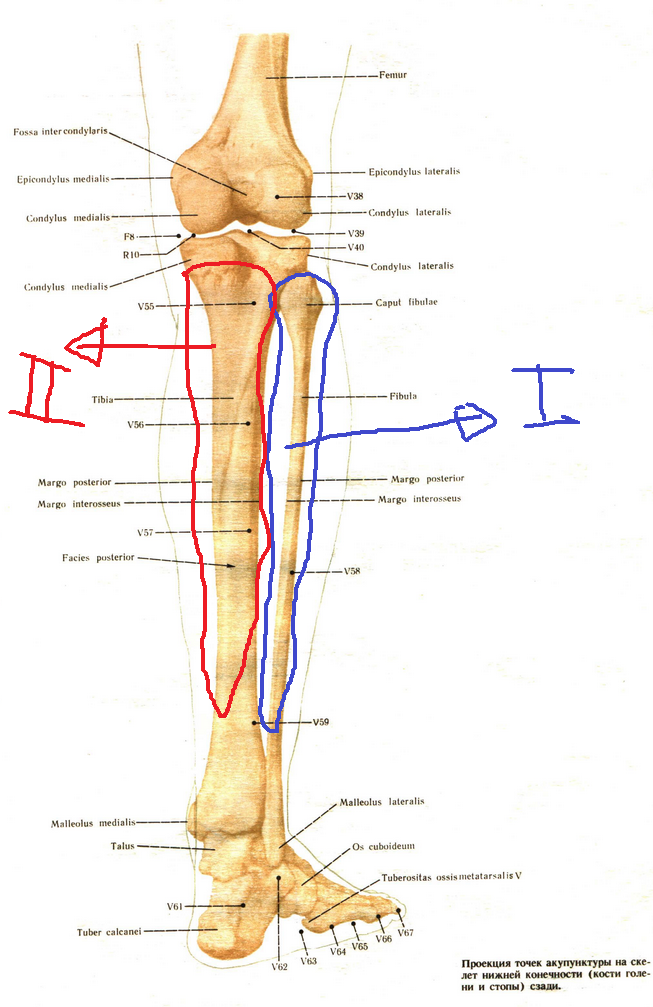 I) Is this actually the bone we use for low kick? If so, then it used also for the defense(block) right? If so, this is very odd, the bone looks very thin

II) What is this bone? Looks like this one should be used for low-kick, he-he.

You're delivering the kick with the lower part your fibula. You would also block a low round kick by turning your fibula to meet the fibula of the opponent. The tibia, while potentially stronger than the fibula, is located on the posterior in relation to the Fibula. It would therefore be in no position to deliver a low round kick.

It isn't As Weak as it looks

Please observe the picture you posted. Notice how the blocker has her foot planted and has all her body structure aligned with the fibula to meet the round kick.

Due to extreme leg conditioning, Muay Thai fighters have dense bones in their legs and their pain receptors are less active.

But it can break

Because of the aforementioned leg conditioning, it is possible to snap the leg of an opponent from delivering a well placed kicked to their fibula. It is also possible to snap your own leg on a well-placed block like the one in the picture you posted. I'm going to go ahead and include this video, but it is hard to watch, so exercise discretion. As far as I know, this is live footage from a MT fight. So, your initial assessment of the weakness of the fibula does have a basis in reality.

You do deliver a round kick with the thick bone. The tibia (thick bone) is anterior (in front), and the fibula (thin bone) is posteriolateral (behind, to the outside). The reason it looks reversed in that diagram is because you’re looking at the back of the leg. The crest of the tibia (what people usually mean by “the shin”) is the striking surface for a Muay Thai round kick. It’s not very difficult to look this stuff up. In order to deliver a kick with the fibula, you’d have to land it with the outside part of your calf, and you would be hitting them through a layer of calf muscle, unlike during a kick with the tibia. An outside crescent kick delivered incorrectly might be the only time that happens.

Not the answer you're looking for? Browse other questions tagged muay-thai kicking kickboxing anatomy or ask your own question.

15
Going up on the ball of the foot for a front snap kick
10
Effectiveness of low kick to inner thigh of opponent's leading leg in mauy thai boxing?
3
Best moment to land a low kick?
7
Is Kicking with Shin is a weakness / advantage in Muay Thai?
4
Tips to kick in the thigh without being blocked by the knee
3
Difference between "bandal-chagi" and "dollyeo-chagi"
2
Learning to throw a proper Muay Thai low and body kick
4
How to reduce damage/protect the chest
6
How to beat a Kickboxer with a Bruce-Lee-type stance and a Taekwondo/Karate background?
7
Why is the bob and weave not used much in MMA & Muay Thai or outside of boxing in general?