Is it expected that all training stances/positions will have direct fighting applications?

Questions such as Is the following position realistic in any fight?, What's this posture called, and does it signify something, and Isshinryu karate - seisan kata - opening move bunkai seem to start from the presumption that there are direct fighting applications that are a primary goal for training certain positions/stances. Is it generally an expectation that there are such applications, and the stances/positions are trained to achieve those applications?

In general you will do a lot of things in training that may not be directly applicable in a fight. This does not mean that they are not helpful.

For example: what is the likely practical fighting application of a press up?

This can also extend to Stances - some stances are designed to work your leg muscles and increase your balance. My experience comes from Tae Kwon Do and many of the stances would not be used in a fight, however, understanding the purpose of the stances and how they work help in delivering more powerful strikes as well as staying balanced and giving yourself better movement options.

They may not be immediately obvious depending on the type of fighting that you are familiar with.

Horse stance has a couple of applications. It drops your body weight, for example if you have someone in a standing arm bar it puts pressure on the arm and drives them down. It can also be used to break someone's balance.

The problem with the way that stances are taught today is they are seen as static. i.e. a way to stand... It's a profoundly incorrect view of what they are. They are not static, you would be in stance for a fraction of a second. Taking stances out of application, out of context is a good example of poor teaching.

Here's a great example of Machida applying horse stance. It's an application taken directly from the kata Pinan Nidan and one he's gone on to use in other venues.

Add in a belt and you have obi-otoshi.

Without seeing the movements in the respective forms they're taken from, the first and second examples you give are the same application. Catch a kicking leg, lift it up, push opponent over backwards. The second example it looks like he's also being pushed backwards over the extended leg, there are a number of ways to complete it.

Here is a video example of exactly this application: https://www.youtube.com/watch?v=pGix-z9tlYw&t=9m30s

Looking at the text of the second question example, the teacher was obviously told what the application of the movement is; "push opponent away", "block a kick" but failed to understand or pass it on.

Is it generally an expectation that there are such applications, and the stances/positions are trained to achieve those applications?

No, in my experience, the general expectation from martial artists as conventionally trained today (in many schools and systems) is that stances have no purpose and that kata or forms are "dances" which have little to no value.

Personal opinion: I see this as a failure of training and understanding, rather than a failure of the originators of the forms. The quality of teachers of systems which teach martial arts based on solo forms is on average abysmal.

Just about every stance or guard is meant to be used in combat.

While some of them may seem odd, like Ochs/Ox (or Finestra/Window); 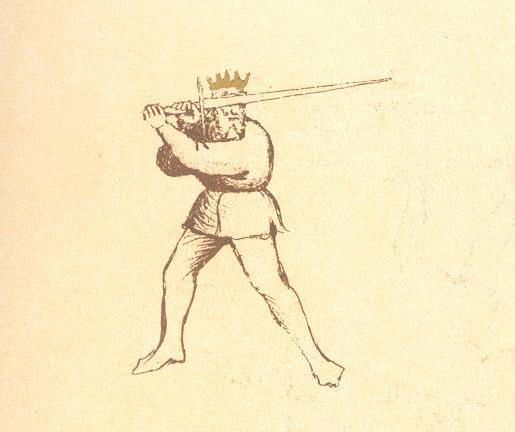 ... or the reverse grip (from German Longsword): 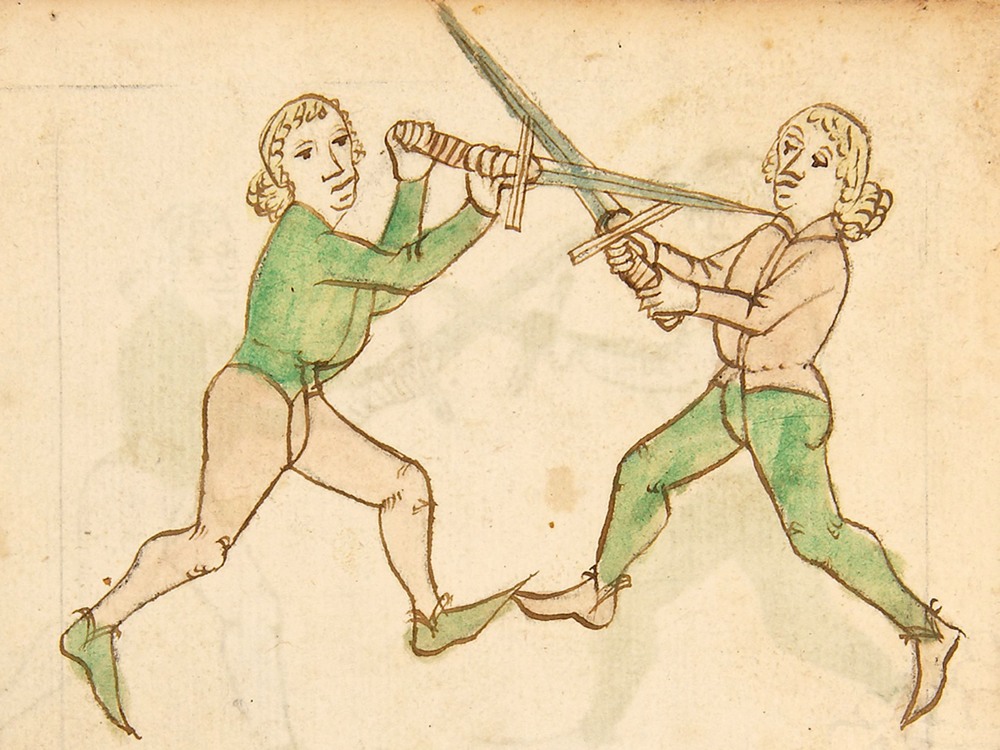 ... or may seem to leave you vulnerable, like Long Tail (notice how he's looking to our right, his left); 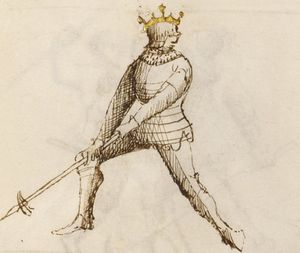 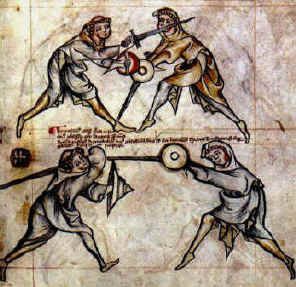 HEMA will almost always give you a stance that you can use in combat. People were using these technique to fight and gain victory. All the stances shown here are actually used to great effect. The battlefields of Europe were the proving grounds, and the styles which were preserved were the effective ones. Europeans in the middle-ages did not bother with things that did not work.

For instance, Ochs can be used after passing under a blow (or yielding), or to catch a sword blow going for your head. The reverse grip actually helps you control individuals when they bind your sword, and can be used to give good thrusts. Long tail gives you immense power to swing, and can be used to deceive opponents into thinking you're defenseless. The sword-and-buckler play shown above is an individual in grey countering an opening from the individual in yellow. The bottom two stances show an individual charging in a stance which obviously delivers a strong cut, and another person warding that individual off.

If you take a look at people fighting, such as these two fighters at swordfish 2015, you'll see them use stances and techniques from the treatises. (You may also catch the commentators talking about what they're using, etc., if you're not familiar with the source texts.)

Not the answer you're looking for? Browse other questions tagged training self-defense sparring stance or ask your own question.

9
What's this posture called, and does it signify something
7
Is the following position realistic in any fight?
9
Isshinryu karate - seisan kata - opening move bunkai
4
What are basic kung fu stances?