What's the main difference between a Baratoplata and Kimura lock? Or is a Baratoplata just another variation of a Kimura? Do they affect the same area of the arm?

The kimura, omoplata, and barataplata are all attacks on the shoulder. The end result is the same but they apply the attack in different ways.

The end result is to isolate the uke's (receiver's) shoulder joint, immobilize uke's elbow, and move uke's wrist along a path that would circle it towards their shoulder blade. A similar effect is achieved if uke's wrist and elbow are circled in directions opposite to each other.

To apply the kimura, the tori (attacker) uses a figure-four grip of their arms to accomplish this, where one of the tori's forearms blocks the elbow from moving while tori's other hand controls the wrist of uke and moves it in a circle towards uke's shoulder blade. 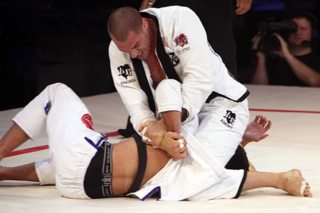 The omoplata accomplishes this using tori's legs. Uke's bicep & tricep is trapped between tori's legs so that the legs have isolated the shoulder and immobilized the elbow. Then, tori lifts his hips into uke's forearm to circle uke's wrist towards the shoulder blade. (The name "omoplata" comes from the Portuguese for "shoulder blade".) 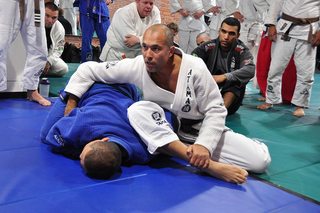 The barataplata uses a combination of the arms and legs. Generally, only uke's elbow needs to be trapped between tori's legs. Tori's arm threads through uke's elbow and tori places his hand on his own thigh in order to prevent uke from withdrawing his arm. Then, a rotation of tori's body and lifting of tori's arm (the one that threads through uke's arm) like a lever is what circles uke's wrist one way while circling uke's elbow the opposite way. 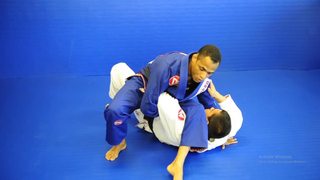 The name "barataplata" is a portmanteau of "Barata" (the nickname of the jiu-jiteiro that invented the move, Rafael "Barata" Freitas) and "omoplata". Barata + omoplata = barataplata. I've also heard barataplata called the "arm-out omoplata" because it is very similar to the omoplata (i.e., a shoulder attack using the legs) except much of the uke's arm is outside the grip of tori's legs.

A kimura applied by rotating the arm in flexion (as opposed to extension) is often called an Americana: 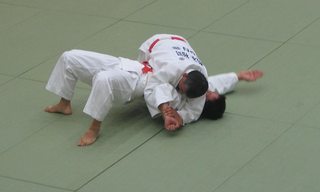 Baratoplata and Kimura hurts the same joints and area Shoulder. It means both submissions are to same result but with different variations.

In the same way of the Arm bar/arm lock. This submission hurts the elbow and could be apply for guard, mount, back, inverse and also from inside the my opponent guard (not usual)

The history of Kimura:

The kimura lock, also called double wristlock (catch wrestling), chicken wing or gyaku ude-garami (judo) is a grappling submission hold of uncertain origin, being catch wrestling and judo the likely authors of the position. In Brazilian jiu jitsu the submission bares the name of â€śKimuraâ€ť after the famous Masahiko Kimura who defeated Helio Gracie with this lock on the 23rd of October, 1951. The submission relies on isolating the shoulder and elbow joints with the use of a double wrist grip which allows for the attacker to apply leverage against both of these joints (though mainly the shoulder).

Not the answer you're looking for? Browse other questions tagged brazilian-jiu-jitsu technique joint-lock or ask your own question.

9
Calf Slicer vs Vaporizer
5
What is the best way to avoid armlocks?
4
Resources explaining the differences between martial arts / combat styles for artistic purposes?
5
Why can't you rip your arm out of a BJJ arm lock?
6
Is there a way to reliably attack only a bent elbow joint with ude garami (Kimura, Americana)?
6
What is the difference between Osoto-Otoshi and Osoto-Gari?
2
Difference between Brazilian Jiu Jitsu and Israeli Jiu Jitsu
1
Is the move in movies where the main either block another personâ€™s punches by countering / blocking with their own arms or legs a real thing?
0
What Style Teaches you to Break Bones/Joints?