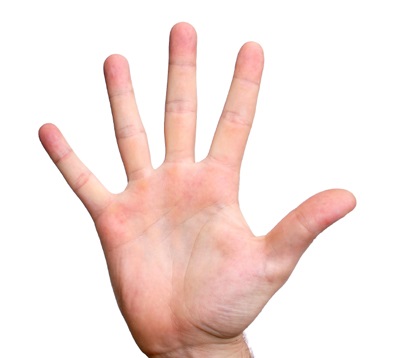 The fingers are spread and we feel relaxed. 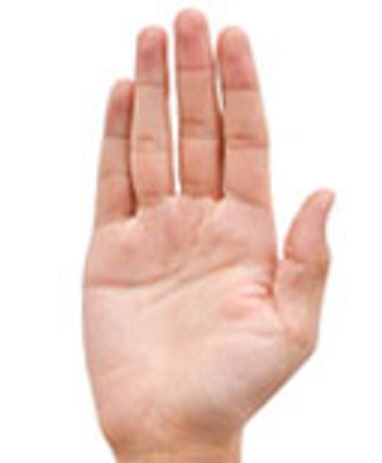 The fingers are squeezed together.

How can these tegatana forms differ considering they are both aikido from the same source? What are the strong and weak points for each form?

I apologize if I'm not exactly answering your question, as I can't speak directly to Yoshinkan or Shodokan: I am not a part of either organization.

However, I am a Hapkido-in, and who practices the equivalent tegatana as Yoshinkan; and I am an Aikido-ka with Aikikai, whose practice of tegatana is similar in Shodokan according to your descriptions.

So I would be offering only a guess based on experience from different styles.

My observation is that neither statement you made is entirely correct, unless the 4 styles hold tegatana in 4 different ways.

In Hapkido, we splay the fingers, not because the hand is relaxed, but because that allows energy - they say "ki" - to reach the hand as it exits the fingers. This makes the hand very tense. That protects the hand; in Hapkido, we often strike with such a hand, and so it is necessary that the hand is tense: and that is the point, the hand is not relaxed. This is different in your observation of tegatana in Yoshinkan, where the splayed fingers relax the hand. In an attempt to get my hand in the picture you provided, I find my hand is far from relaxed. It is tense, not unlike how I might do it in Hapkido. Therefore, it's possible I am not doing it according to that style's guidelines.

In Aikikai, the fingers aren't firmly together, but they aren't splayed, either. In fact, keeping the fingers together has the tendency to tense the hand, just as splaying the fingers does the same. I think, then, that is a sort of "middle road", because in this case, the hand is very relaxed. This makes sense: we tend not to strike when the hand is in this position. A tensed hand can give away our intentions and location - even if subconsciously - as we feel for the moment to take kotegaishi or assist in iriminage or something.

In Aikikai, there is the desire to not want to force anything, and so, a tensed hand would violate that policy. In Hapkido, we do a lot of striking, and it makes sense that the hand is tensed.

If the hand is tense, then there is the desire for that hand to become "alive" and actively part of a technique, whereas a "dead" hand is more passive. In my Aikikai school, it is not uncommon for the same hand to shift from passive (dead) to active (alive) during the course of a technique. Kotegaishi is a good example (and one which we perform the same technique in Hapkido): the passive hand feels down from shoulder to upper arm to lower arm; and at the point we feel the wrist, we grab the wrist according to our style's guidelines (which differs from style to style, and instructor to instructor, so, I'll leave that part out).

But whether these principles are the same or similar in Yoshinkan or Shodokan, I can't say.

Open up the fingers of the hand. […] The fingers of both hands should be pointing at the base of your partner's throat. Beginners tend to need strength in order to keep the fingers open, but keep practising until it becomes natural.

This naturally leads to the fingers pointing more forward than up as can be seen in any of the photos on pages 30/31.

The transfer of power into the other person is carried out through the use of tegatana, literally, hand-blade. More accurately, this means the forearm acting as a sword.

Tetsuro Nariyama (in Aikido Tradition and the competitive Edge, page 61) has a whole pages on this.

In kenjutsu, attack and defence, is done with a sword. In sojutsu it is with a spear and in naginatajutsu it is with a halbard. So what do we use in aikido, as we only have our bare hands? The answer is tegatana.
[…]
It is important to do the following:

Aikido uses weapons concepts in an empty-handed format which, in randori, takes the form oof an unarmed person defending against a tanto tsuki. […] Tegatana functions in defence as shield blocking or parrying an attack. […] Tegatana is used most effectively when it is in your centre with your power concentrated through it while using quick footwork and maintaining a strong and mobile posture.

A difference in application mostly. Yoshinkan seems to use the hand as a guide to grab uke. Shodokan uses the hand as a weapon with which to strike (atemi awaza) or block. Clearly, a block can lead to a grab and in that case Yoshinkan and Shodokan are no different.

It might be that Yoshinkan is happier in being grabbed thus the hand position invites it. Whereas Shodokan wants to do the grabbing for kuzushi.

If I were to hazard a guess as to the history, I would say that Yoshinkan harks to a more circular set of motions whereas Shodokan moves in straight lines. Although, I could be wrong so do not quote me on that. ☺

Anatomically you have to think about what you are doing with that hand and arm.

If you open the hand the wrist expands and is harder to hold onto (for someone grabbing the wrist) In Shorinji Kempo we call the principle of making your wrist hard to hold and bracing 'shuho' (kagite shuho, katate shuho and so on depending on how the rest of the body is positioned)

Now in Aikido You don't brace the body, but you still have to decide to what extent you wish to be held. So if you want your Uke to have a tight grip it doesn't make sense to use a splayed finger tegatana. Conversely if the point in your technique has come for them to let go use splay the fingers and it will help to release their grip.

Otherwise, if you are blocking with the arm opening the fingers will add power to the block while keeping them together will make the block softer and harder to feel. In shorinji kempo we learn this as a progression. You start off being taught to block with fingers spread as this allows you to use kime in the block. Over time it becomes softer and your blocks should make the attacker feel 'wrapped in silk'. For the latter effect we use fingers together.

Finally you might be striking. For this you should tilt the whole hand as you strike with fingers slightly apart. This is demonstrated in the gif found on this webpage: Tegatana explanation

Not the answer you're looking for? Browse other questions tagged aikido shodokan or ask your own question.