How much is the groin open for an attack in full guard in different stages? 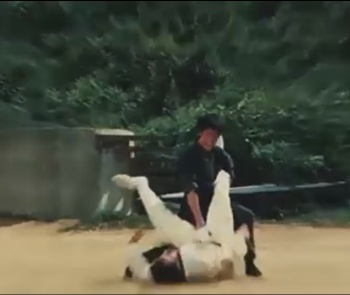 (Bruce Lee in Way of the Dragon)

Especially, in the stage 3 of the Gracie system: 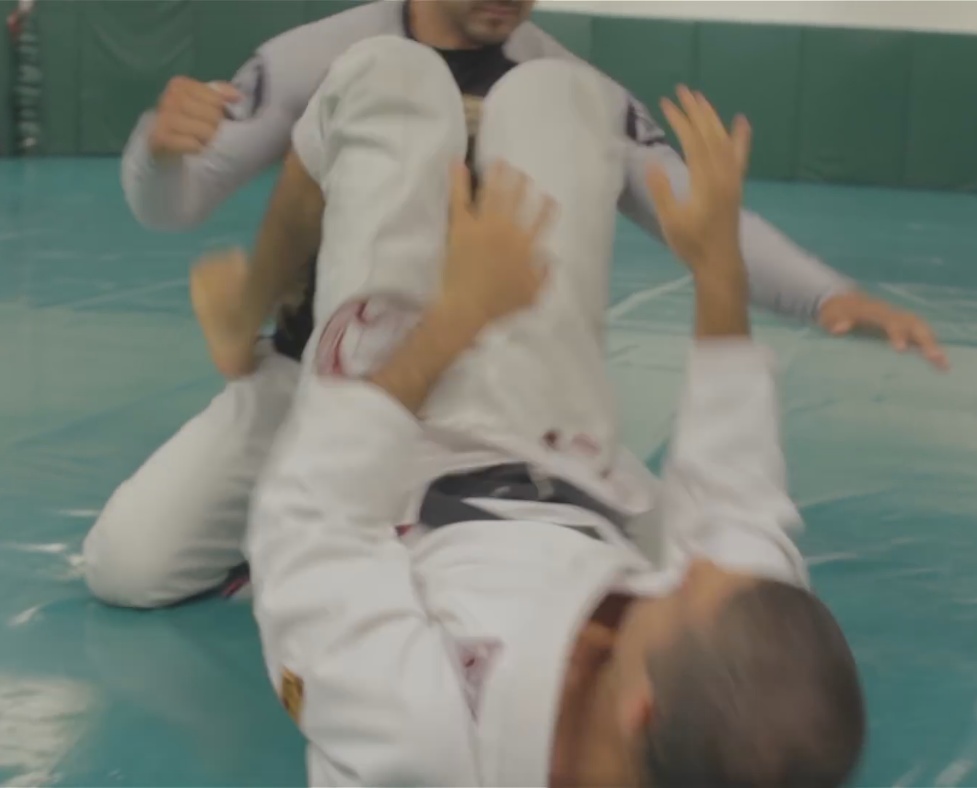 It seems like groin is quite open, for example it seems it could be hit by an "uppercut" under the leg. Or, in situations like the one below, spread the legs and hit in a similar way as Bruce Lee did above: 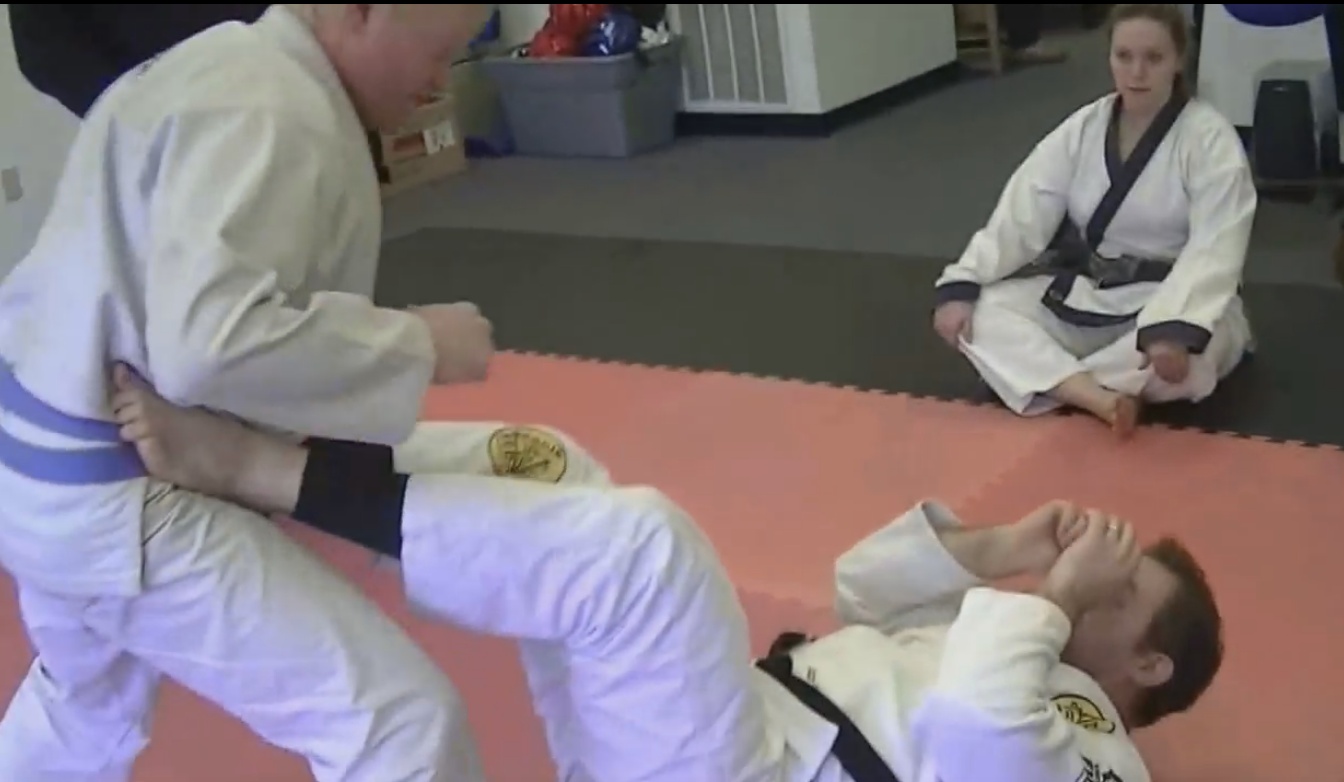 Note that I don't consider any rules of the BJJ sport, I think about its application in self-defense situation.

Here is how I (judo training, no BJJ training) think of the two presented positions:

The opponent is on their knees, so attacks are limited to their arms. There is no direct line of attack to the groin, so you can defend arm attacks by either disrupting the opponents balance with your legs or attacking the elbows with your feet.

Presumably you will either transition to attack including your arms or create additional separation to get up.

In these video situations, the opponent just seems intent on punching you in the head, which is not the problem you have asked about.

With the initiative on the bottom, I would press the opponent off sharply to create separation and come to a standing position.

If you go for a groin strike in someone's full/open guard that's a one way ticket to being triangle choked, arm barred, swept, getting your back taken, and a host of other things that will end the fight, and your life. So sure, you might get hit in the groin, but you're also going to choke the other person to death. You can see in your Bruce Lee clip that he is a simple arm drag away from a triangle choke. He's also open to a variety of sweeps and back takes.

This reminds me of Bas Rutten explaining why eye gouges are a garbage technique to someone that said they would gouge his eyes if he had them in a rear naked choke. If you go for the eyes, you might get a nice little poke, but you're also being choked to death. Defending against the choke is priority #1.

Quick and easy damage is not the goal in a fight. Finishing the fight is the goal.

Edit: I should add that this is also why we don't see many kidney shots from full guard as well. Committing an arm that low is extremely dangerous. If you're going to strike without passing the guard, you pretty much need to go to the head (of course there are exceptions). Dropping elbows to the face while maintaining your posture (kneeling, or one leg up) is the safest route.

Not the answer you're looking for? Browse other questions tagged brazilian-jiu-jitsu self-defense streetfight or ask your own question.

5
Why is BJJ sold as a "self-defense" art when it does not allow slams?

14
Choosing a Target When Cornered by Multiple Attackers
26
Self-defense against chainsaw attack
5
Half guard bottom/top tips?
3
Maintaining Guard- Breaking Posture and switching from closed to butterly/open guard effectively?
2
What to do in full guard when you are able to grab your opponents knee as he stands up?
11
Arm bar crushes the groin
0
How to defend from Karambit attack
6
Self Defense with One Arm Full
4
One-handed guard?