What kind of glove is being shown in the following pictures, and why is it nearly always a knife user who wear this style of gloves?

I've been searching for information for the past five years on what kind of gloves that the close combat assassin is wearing in the following pics from the digitalized novel Phantom of Inferno.

I've noticed that this particular kind of glove is often used by knife wielders; such as Kuro from the Fate/Stay Illya series, Chloe from Noir; Yuna's sprite in the free SAO:IF app; and the Prince character in the manga Snow White with the Red Hair, just to name a few. I have more pictures that I can upload if that would aid anyone in recognizing what kind of glove she is wearing.

I've already tried google searching several images in my research-glove-comparison folder, but the only thing that comes close would be a middle-loop finger glove, which lacks the single, solid loop seen in the first and second images.

To boil this all down: what specific kind of glove is she wearing in the images below, and Why is this particular type of glove -to the point of synonymous association in my eyes- used by close-combat knife wielders?

(I apologize if this kind of question does not belong on this site. As far as I'm aware, my topic only vaguely associates with the stack exchange subject of Martial Arts, and as such I will remove it if asked to do so in a comment.)

First pic is to show what the glove would look like from the view of the palm, and while holding a knife. (in the knifeless hand, you can see the loop part of her other glove) 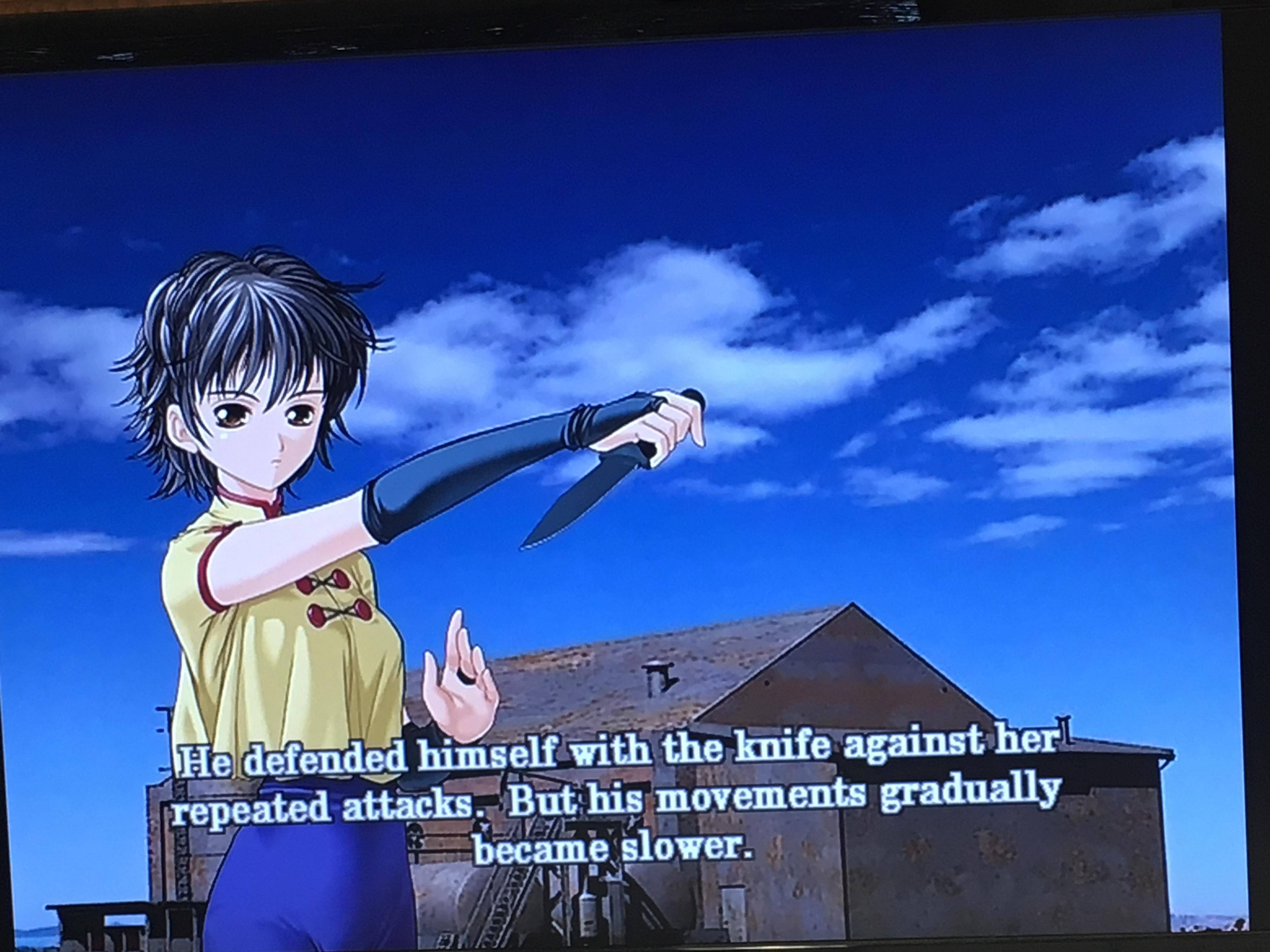 Second pic is to give a close up, side view of the glove. 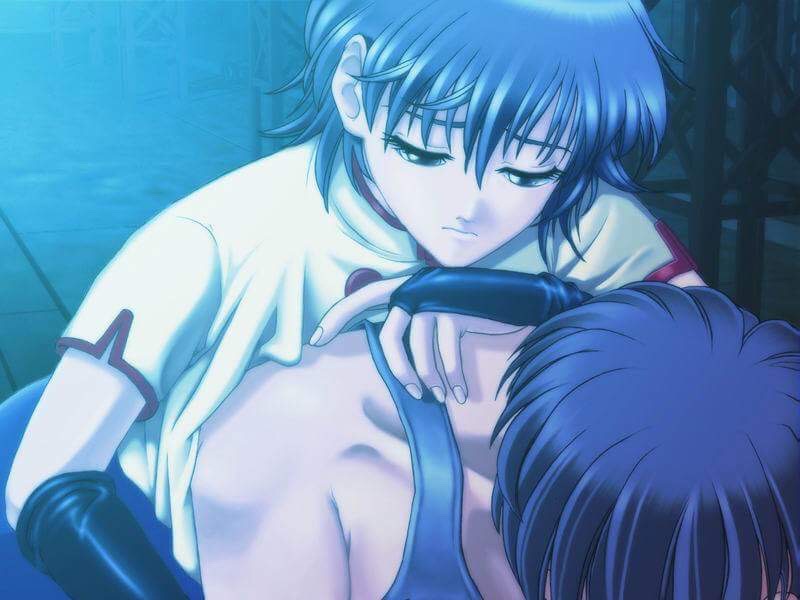 Bottom picture is to show how the glove fits around the middle finger, as also shown in the top picture. 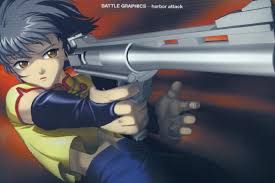 What is shown is a vambrace, or possibly a bracer repurposed to be more armor. A vambrace is a tube of armor, anything from metal to leather, used to protect the forearm. A bracer is intended only to protect the inside of the arm of an archer. What is shown in the image looks more like a bracer, but seems to be intended for use as armor, much like the confusion engendered by early D&D, which listed bracers as armor, confusing them with vambraces (which are properly part of a more complete set of armor).

As to why you would see this on a knife-fighter, knife-fighting is a very close form of combat, requiring you to move your hand and arm into the opponent's space to be able to do damage. Thus, against an opponent with any sort of blade, you run a high risk of getting your arm cut up, reducing your combat efficacy. It doesn't take much. They sell "cut-resistant sleeves", but a couple of YouTube personalities who research close weaponry have demonstrated that just about any thick fabric works as well. Knives don't cut with a great deal of force, just sharpness. If the vambrace is made out of a more rigid material, such as cured leather or metal, it may also help to protect against impact, since one of the advantages of swords over blunt objects is that they deliver an equivalent force over a much smaller area (even if the blade of a sword doesn't cut through thick cloth, it's still hitting with a comparable force as a club of the same weight).

Not the answer you're looking for? Browse other questions tagged equipment protective-equipment identification combat or ask your own question.