How are armlocks categorised in Judo?

I had always thought that the distinction between ude-garami and ude-hishigi-...-gatame was that the former referred to bent arm figure-four elbow/shoulder locks and the latter referred to armbars (applied in various ways).

However the Kodokan Judo Katame-Waza Techniques video demonstrates multiple examples of armbars (that I would previously have called ude-hishigi-ude-gatame) in its section on ude-garami: 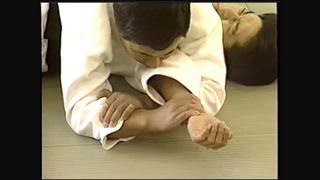 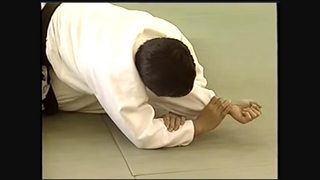 It seems that it is implying the defining point of ude-garami is the figure-four position of tori's arms, not the mechanics of the pressure applied to uke's joints.

Is this accurate? If not, how are armlocks categorised?

The Kodokan classifies armlocks according to the position tori adopts while applying them.

As such this lock (sometimes called kannuki-gatame) is indeed a variant of ude-garami, since tori holds uke's arm in place with an "entangled" figure-four position.2

This methodology for classifying armlocks can be seen in the other examples in the same video:

The Kodokan gives different names to an armbar1 depending on which part of the body tori uses as a fulcrum/to secure the lock, despite them all attacking the same joint in the same direction:

Contrastingly, the Kodokan gives multiple different types of joint-lock (e.g. hyper-extending the elbow, abducting the bent elbow, hyper-rotating the shoulder) the same name, determined by the body parts tori uses to control uke's arm/as a fulcrum for the lock:

Not the answer you're looking for? Browse other questions tagged judo terminology joint-lock or ask your own question.

6
Is there a way to reliably attack only a bent elbow joint with ude garami (Kimura, Americana)?
5
Is there a canonical resource for the classification of Judo mat techniques?