Wikipedia mentions the name as Yang Kuk Jin. I assume that this is some member of the Yang-style taichi. The best family tree I've been able to find for that is here: 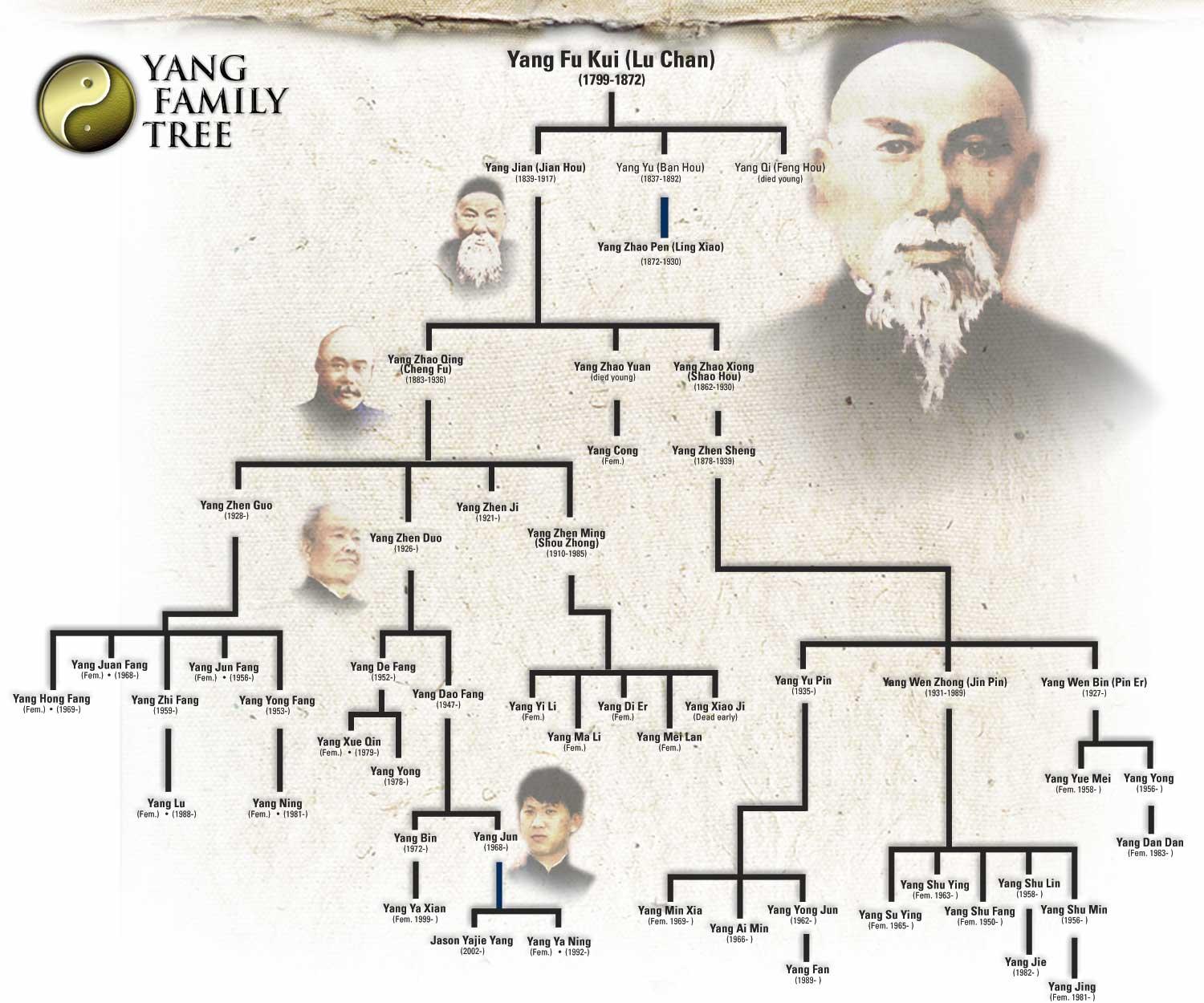 But I don't see any cognates of that name. Is this even the correct martial arts style? Is Hwang's teacher in this family tree, or some cousin that isn't listed in it?

According to the book, Tang Soo Do History by Dan Segarra:

So for those of you who don't know, northern shaolin long-fist (Chang Chuan) kung-fu is a kicking oriented, long range style. The reference to Tan Tui means "springing legs", which is a kind of sub-style of long-fist kung-fu.

Tan Tui may be a complete style in and of itself (or a number of styles), but it's usually known as a collection of drills (like miniature forms) typically taught as basic exercises prior to learning the main long-fist forms.

Whether Yang, Kuk Jin taught Yang style taiji (Tai Chi) or not is unknown. I'm not sure anyone knows the lineage of the styles he taught. My guess is that it would be Yang style, since it's very common to see it taught along with Long-Fist kung-fu in the same school. Yang style taiji is the most popular form of taiji as well.

Incidentally, Yang is a very common Chinese name. There's probably no link between Yang, Kuk Jin and the founders of Yang style Taiji.

It's hard to see how any kung-fu or taiji made it into Tangsoodo. But maybe there are people out there who have studied that question and can give you a definitive answer.

Is this even the correct martial arts style?

No, I think it is extremely unlikely that the founder of Tang Soo Do trained primarily under a taiji master from the Yang lineage. Tang Soo Do bears little resemblance to taiji. The approaches to fighting and training are completely different; taiji fighting techniques are based around the ability to absorb, redirect, and express power at touch, while Tang Soo Do is based around more conventional ideas of speed and power. Yang style taiji is well known for its very slow moving training, which is not typical of Tang Soo Do.

Do not assume people in the martial arts with the same surname are related.

The only person who can answer this question is Grandmaster who is no longer with us. But his son is. Also, anyone who has practiced Tang Soo Do Moo Duk Kwan for 10 years or more can explain the connect between Tai Chi and Tang Soo Do. I will leave you with this - It very important to understand the underlining philosophy of any martial art style in order to see its roots. Tang So Do or Soo Buk Do is based on the theory of Yin – Yang. To express this philosophy in your movement, it takes many years of training and a ponderance of this theory. No way around it - time in study and practice opens your understanding of how all things work together.

Not the answer you're looking for? Browse other questions tagged history tai-chi style tang-soo-do or ask your own question.

17
Is there any documentation of newaza in Fusen-Ryu?
10
Western Boxing Styles and their Features
15
What are the functional differences between the five main T'ai Chi styles?
5
What did Dai Longbang mean by Qi?
14
What Defines Something As A Martial Art?
8
Has there ever been a boxer who fought like Prince Naseem Hamed?
9
Cheng Man-Ch'ing advises that breath should be: Fine, Long, Calm, and Slow. What does this mean?
4
Is there a publicly available syllabus of the Chuck Norris System (formerly Chun Kuk Do)?
5
Why is judo's Katame-no-Kata so free-form relative to Nage-no-Kata?