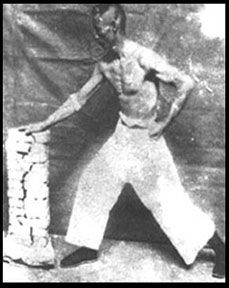 3
Name of a martial artist who broke his hand when breaking tiles and recovered with the power of his mind
5
What should I be looking for in my first, trial class? [For Chinese arts specifically]
3
Leaning out of axis
2
Which martial arts styles work best with social distancing?
5
Meaning of the Chinese Sifu? (Shifu)