I have occasionally seen a throw called kubi-nage ("neck throw") referenced in Judo. This isn't a Kodokan-recognised name, but the throws I have seen described as it appear to be very similar to koshi-guruma (some variations looking identical, others having a 'wide' stance as in tai-otoshi etc).

What is the origin of this throw, and how is it performed?

Kubi-nage appears to have been coined by Mikinosuke Kawaishi, as the earliest references to judo throws by this name appear in his works.2 3 He describes it as a hip-throw with the arm wrapped around uke's neck: 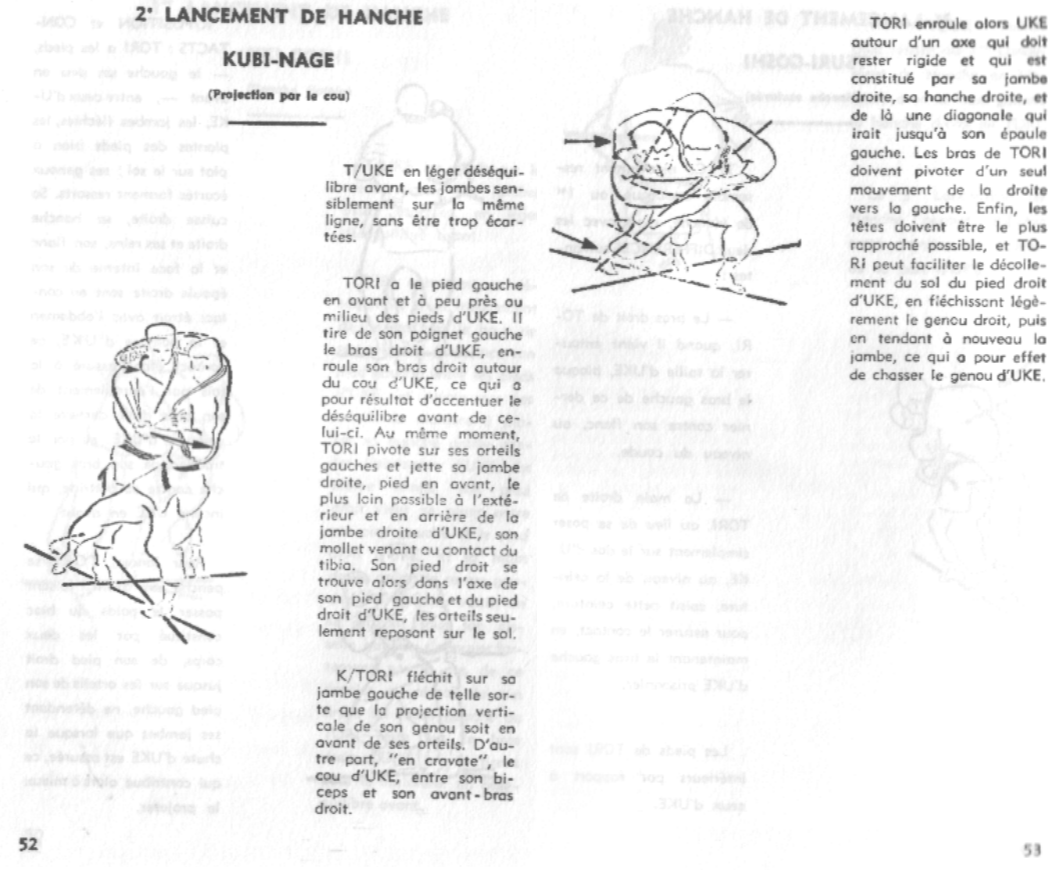 This is in contrast to his description of koshi-guruma, which uses a standard collar grip without the arm wrapped around the neck. He does note the similarity of the two techniques however, mentioning the grip and exact position of legs as a distinguishing point: 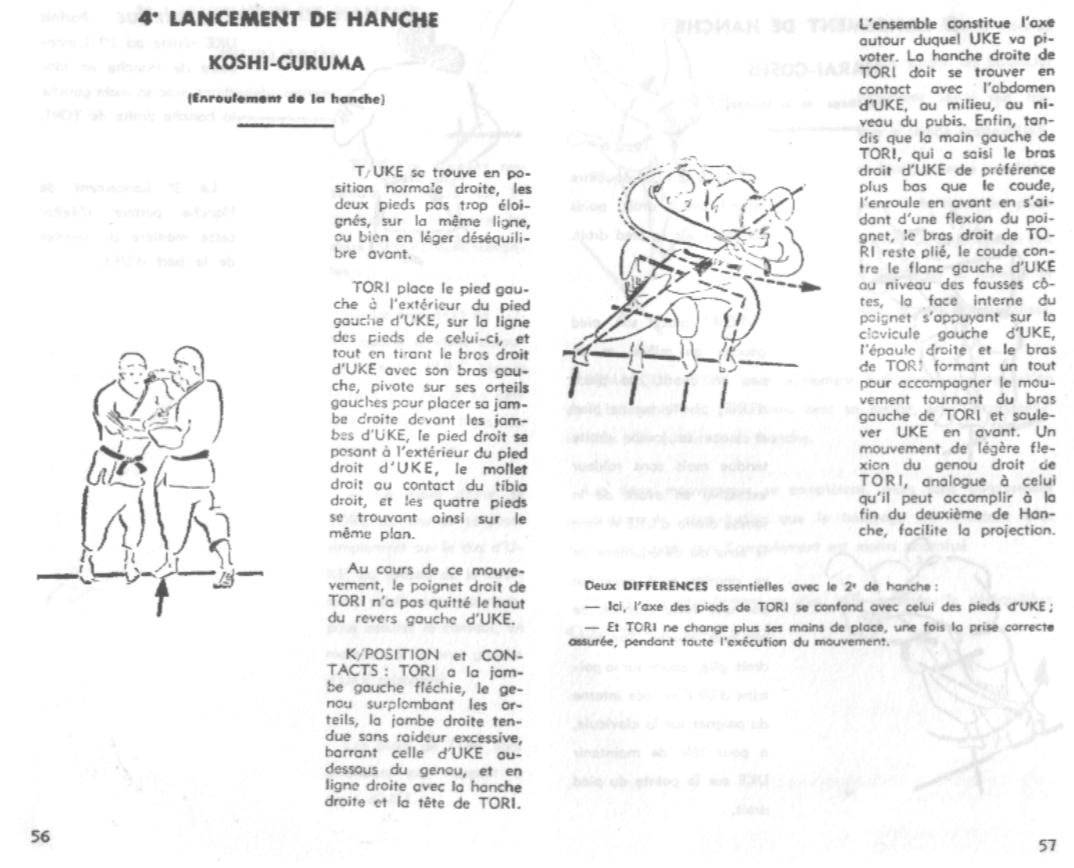 Note that the technique described here seems more akin to the modern tai-otoshi than modern koshi-guruma.

Due to Kawaishi's influence in the early spread of judo in Europe, a distinction has remained in some organisations between koshi-guruma and kubi-nage, but the point of distinction is inconsistent e.g. the BJA describes kubi-nage as:5

... any form of hip throw with the arm of tori (inside of elbow joint) around the back of Uke's neck and throwing Uke without the separation of tori’s arm and uke's neck before impact on the tatami.

Whereas other groups describe it as similar to modern koshi-guruma but with an outstretched leg.

However the Kodokan does not recognise kubi-nage as a waza name, and explicitly describes koshi-guruma as involving holding uke's neck, in all variations.

Because I assume you are French and because I am too, I will try to respond. Forty years ago, French senseis used to teach rotational tsugi-ashi to beginners with kubi-nage.

However, since kubi-nage is more efficient if tori is taller and stronger than uke, inside the same weight category (in competition) this technique is rarely seen due to the risk of being countered.

Hence, kubi-nage is a learning technique whereas koshi-guruma is back as competition technique thanks to new rules (closer to Japanese university style judo).

Koshi-guruma is particularly efficient with an adversary with a steep stance, then you can throw koshi-guruma to exploit his forward-leaning balance.

Not the answer you're looking for? Browse other questions tagged judo technique history terminology throwing or ask your own question.

5
Are there any overlaps between the Judo kodokan techniques and Sumo's kimarite?