Blocking straight punches with "The Wall"?

Years ago, I was looking for blocks to work into to shadow boxing (yeah, I know that you need a real attacker, but I don't seriously train). One that I came across was The Wall.

It seems to me that it is very much geared to sports in that the cushioning of the strike depends on a cushy glove, and the probability of not having the punch slip through depends on the large cross section of the glove.

Without gloves, the probability of blocking decreases, and the kinetic energy dissipation is also much less. From a self-defence perspective, would you consider it practical? Or would time spent condition on this be better spent on parrying and/or slipping? (Links to parrying drills welcome)

P.S. It also seems to manifest as the "High Guard"

It seems to me that it is very much geared to sports in that the cushioning of the strike depends on a cushy glove, and the probability of not having the punch slip through depends on the large cross section of the glove.

I think you are right, and that you are being very polite. If you watch the video carefully, you will see the guy (the drill partner) with the red gloves is rocking his head back and forth into the cross/straight right. You should bring your hand back to your face to cover up from straight punches; you never take your head forward to your hand to give your hand the support to block a punch. I personally think you should never look at that video again. It's awful.

Without gloves, the probability of blocking decreases.

Yes, you are right. That is why you almost never see such terrible Wall blocks in MMA. If you want to watch good blocks or effective covering up with both hands, then watch real Muay Thai (MT) or Kick Boxing (KB) fight videos. I don't mention boxing because in boxing you can bounce around, slip punches, bob and weave, shoulder-roll, and duck under to avoid punches. Most of those things can't be done in MT/KB due to the threat of head kicks, knees, and elbows. But note that in MT/KB, they still do use gloves which have some thickness that helps to fully cover up the face when both hands are used. Here is a Glory 13 fight between Nieky Holzken and Joe Valtellini that displays some fantastic defense (proper fundamental blocking and parrying).

Blocking or covering up (see image) protects your face from a barrage of straight punches. But it also leaves you vulnerable to hooks, especially if you cover up with both hands and close your eyes when getting bombarded with punches. 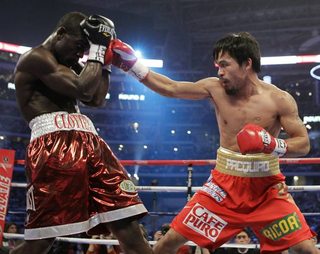 From a self-defense perspective, would you consider it practical?

When you are in the gym or in the ring, you know your opponent wont pull out a knife and stab you, so you are free to block and cover up. That is not a good idea on the streets. One of the most important thing to make sure out on the streets is that you should never impair your vision.

The only time a block is warranted is when your opponent throws a haymaker (the first strike). When you instantly know that it is going down and you see that shoulder pull back, you can either choose to block or get into your own offense (which depends on what you train for - takedowns, MT tips, sprint, etc.). See the following videos:

Helmet Guard and Parrying - FightTips,
3 Ways to Defend against a Haymaker Punch,
Gracie Jiu-Jitsu Sucker Punch Defense,
Sport Jiu-Jitsu in a Street Fight! (Gracie Breakdown) (From 4:00 mins),
Why Blocking Punches Doesn’t Work in Street Fights,
How to Block a Punch.

Note that in the street, unless you are highly trained in boxing, BJJ, or krav maga, you may not see the punch coming to actually defend it with a block. See the linked videos - how unpredictable situations can be. Blocking can be counterproductive in the streets. If you block the first punch, you may resort to blocking the second. If you are not highly trained in boxing, your reaction time of going into offense from blocking or covering will be very long. And naturally you will keep covering up while the other guy annihilates you.

That Wall block you saw in the video will get you killed. I personally will not try to block a punch when I am on the streets - defensively, I will just step back and go into my fighting stance. I will always try to walk away or de-escalate things. If push comes to shove, I will always go on the offensive - to survive, you have to match the level of aggressiveness. As of now, I don't know BJJ, so I will do what I know, which is to box. When I learn BJJ, I will train to do what the Gracie brothers were doing.

Or would time spent condition on this be better spent on parrying and/or slipping?

Parrying is super effective. It keeps your hands light and lose, it helps you deflect punches, and slip in your own punches after parrying off your opponent's (see FightTips). But to actually get good at parrying, you need a partner. Unless you are a boxer, slipping may be counter productive in the streets. You may not be able to hold your position or balance if you slip - there are just too many things that may go wrong. If you train boxing regularly, then you know how to maintain balance when slipping. Then that's fine.

Not the answer you're looking for? Browse other questions tagged blocking or ask your own question.

6
In MMA, should you try to block punches with your glove in the same way you could in Muay Thai?
3
What are the six ways to keep a left jab from landing?
4
Is it possible for your arm to break when blocking punches?