Is there a martial arts manuscript/record or technique using a glaive while on horseback?

As the title states, I want to know if there is a martial arts technique with a manuscript record (preferably in English with an image or a video explanation) that uses a glaive type sword while on horseback, such as Guan Dao, Sovnya etc.

Here is an image of the Ming Dynasty Cavalry. 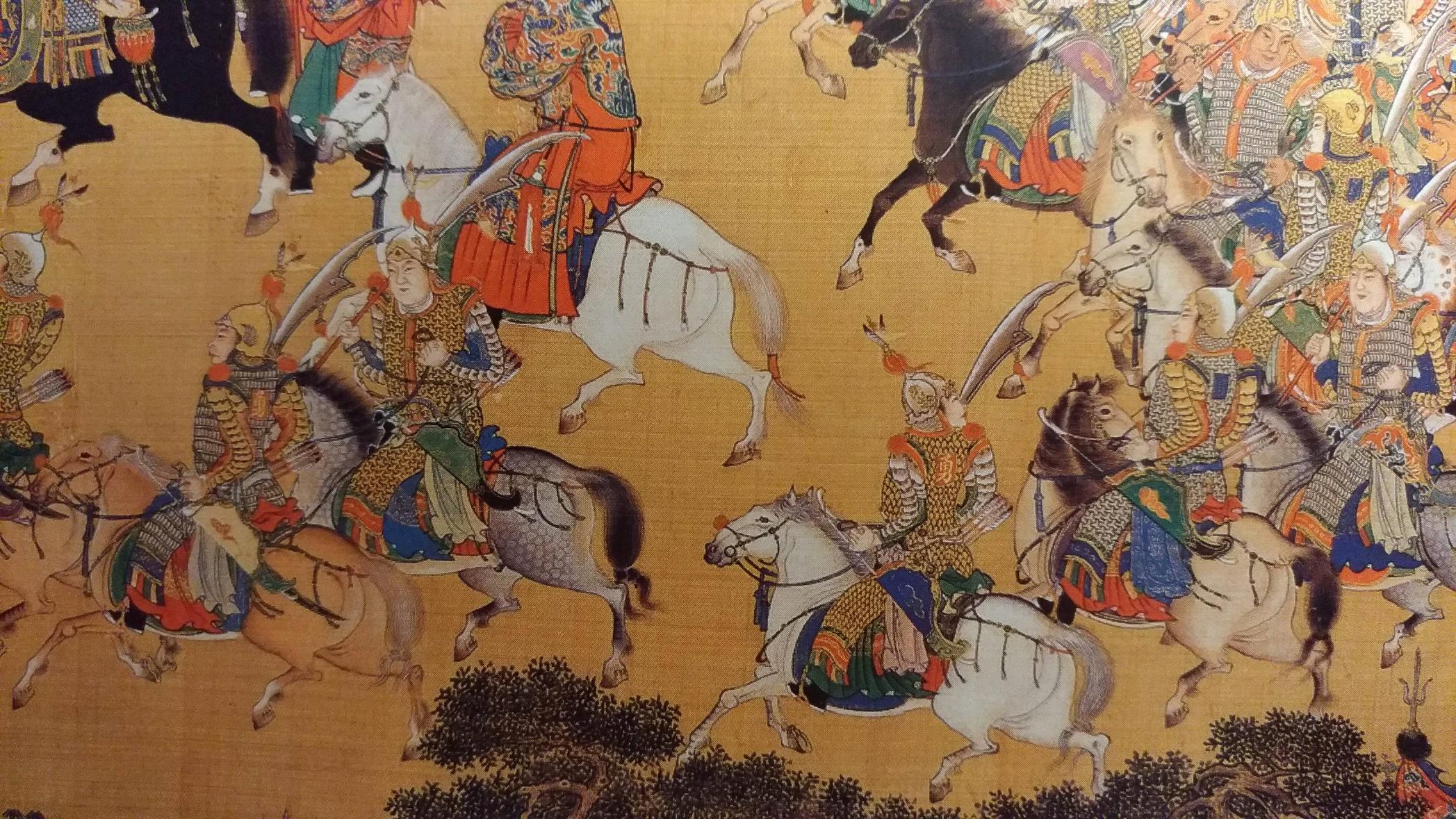 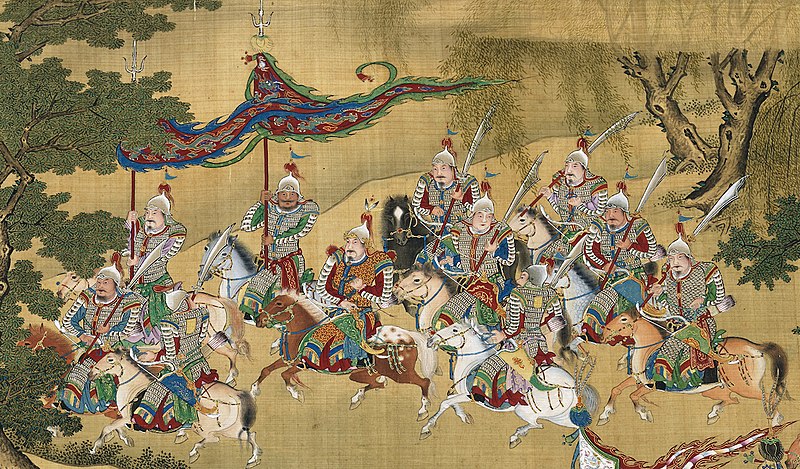 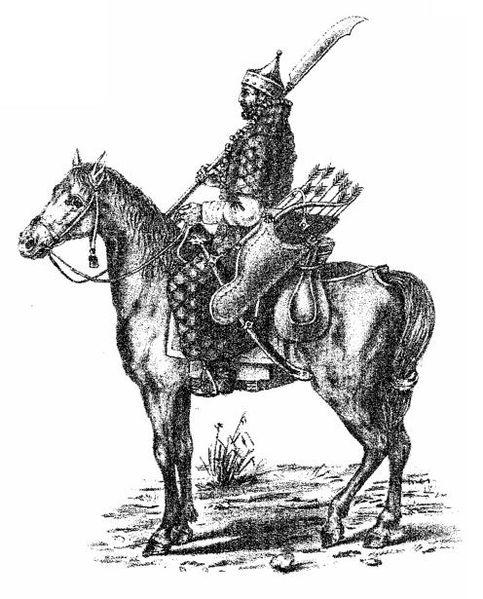 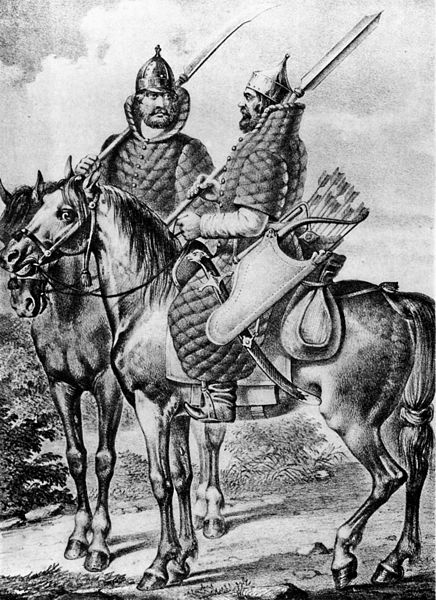 I know there is a heavy Guan Dao which was just used for testing troop strength in military exams, or just like European glaives /other cultures that have designs meant to be used by infantry as an anti-cavalry weapon like Pu Dao. I know that some Wudang or Shaolin techniques use this weapon, but so far I have only found recorded uses on foot.

I want to know the technique used by cavalry for this type of weapon, because I haven't found any uses/applications or technique explanations for cavalry use other than paintings of Chinese cavalry and Russian Muscovite cavalry using this kind of weapon on horse.

Here's another image of someone that used Guan Dao on horse; it only shows the exercise for the horse to get used to it. 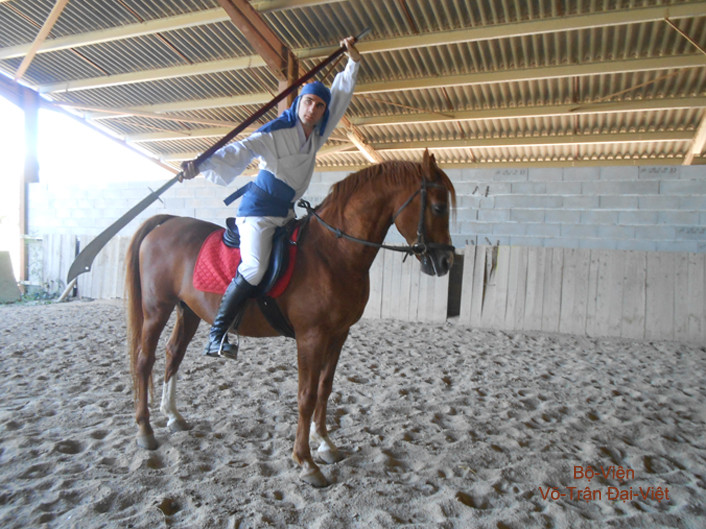 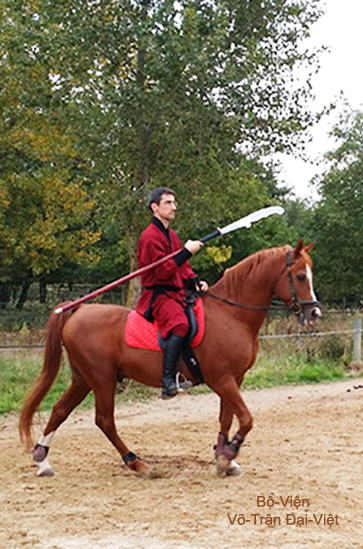 I am curious to know how the Guan Dao was used in battle; I tried googling some names in there which seems like a technique name, but I didn't have any luck other than glaive use on foot techniques.

I saw some videos like this ones, but I am not convinced with them since it looked like it was for show, and it didn't explain much, other than normal swings or slashes on bamboo.

22
Why are firearms not part of the martial arts world?
9
Where can I find display cases for Chinese Martial Arts weapons?
13
Is there any information on pre-19th century Irish weapons-based martial arts?
7
Can I learn martial arts at a Shaolin temple by helping out at the temple?
4
Repetition or new exercises while leading a Martial Arts club in a University?
3
Are there any martial arts that use the boomerang?
4
Is there a technique/trick to maintain balance when fighting in close combat on a ship, armed or unarmed?
3
Is there a legitimate fighting technique using dual sword on horse?
0
Is there any relation between IQ and martial arts?