Are there any positions where you can finish multiple submissions at once?

Most people that have been practicing BJJ or most other grappling arts for a while know that it can be hard to maintain position while finishing a submission. This is why BJJ often has "backup" submissions or techniques in case the first one fails. For example, people that fail to finish a triangle choke (or lose the position ) often transition to an armbar and finish that way.

But what I want to know is whether or not there are any existing submissions/positions in any martial art where you can actually finish two or more submissions at once without sacrificing dominance or giving up control. Something that I'm thinking of is some kind of armbar from a scissor choke, or just an armbar that is also Kimura or Americana(for those who don't know, those are both examples of powerful shoulder submissions). The reason that I'm asking is that if there is such a position, this could raise the finishing rate of myself and my classmates during rolling/sparring.

There are a few positions where you can finish multiple submissions simultaneously or nearly so.

If you look at the triangle as a position, then a lot of other submissions present themselves as co-attacks. The triangle-armbar is the classic; it's often unclear which one does the most work in any given case. The triangle-Kimura is also great fun.

The S-mount is basically an almost-armbar plus an opportunity for a bunch of other attacks: collar chokes, an omoplata, a triangle transition, or taking the back. But I don't think I use it to finish multiple attacks simultaneously. Maybe once after passing the arm to the hip side for the armbar while hitting a bow-and-arrow choke? That's feasible but getting into Harlem Globetrotters territory.

I find a double-attack position challenging to find here, but I chalk that up to my skill deficiencies, not the position. For the more dextrous, the omoplata provides several multiple-threat possibilities, because it's such a controlling position while also being its own submission. Consider the toe hold (a la Frank Mir vs. Tank Abott), the collar choke, the wristlock on the near arm, and pulling the far arm straight like a lever. Some of these can be done fairly simultaneously.

Sometimes a choke from back control isn't really about the choke, but an excuse for someone to tap out to the nasty body triangle you've slowly been crushing them in for minutes, like a constricting python.

I like to get an armbar with my lower body (triangle on the forearm, extend hip into the elbow) while finishing a sliding collar choke (okuri-eri-jime). There are some other options from here, such as a Kimura. These are true simultaneous submissions.

Yes. From triangle (sankaku) positions, there is the standard choke with the legs as well as the option to apply armbars. For example, from this side triangle position, if the choke fails, you can either cross body armbar (juji gatame) the near arm, or Kimura (ude garami) the far arm. 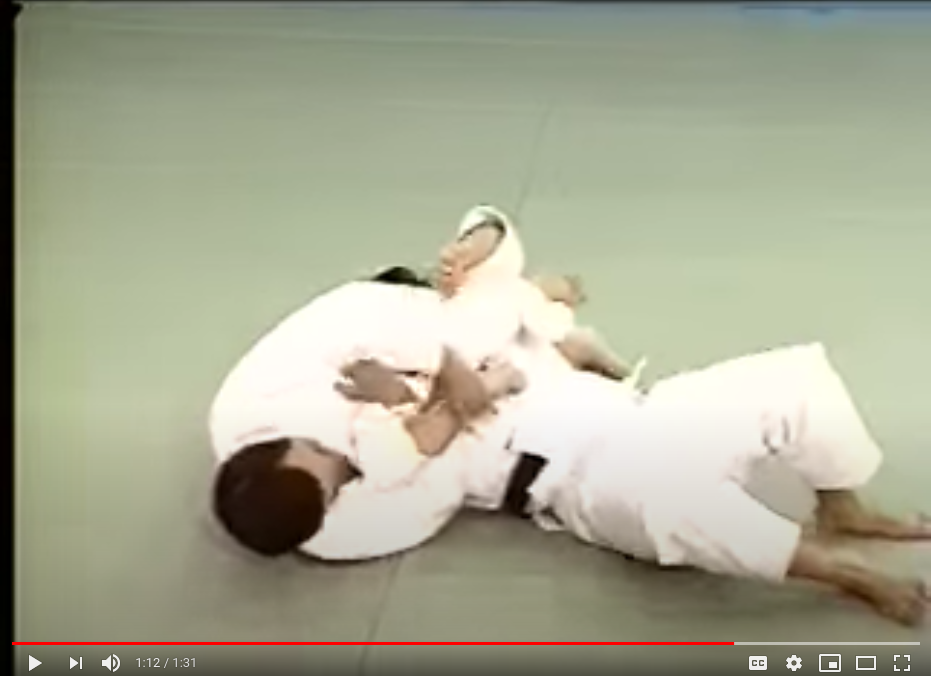 Not the answer you're looking for? Browse other questions tagged brazilian-jiu-jitsu grappling submissions or ask your own question.

7
Is There Any Martial Art Where They Use Legs For Grappling?
3
Are there any Judo techniques which are illegal in BJJ?