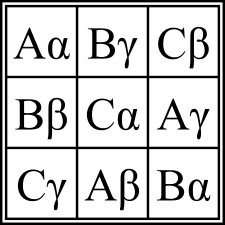 I began training seriously in 1990 with a famous teacher who I came upon randomly via a tai chi class at university, with no idea of their reputation, initially learning tai chi, hsing yi, a touch of pakua, external straight sword, & wudang sword.

I followed the teacher closely for 25 years until their retirement, which involved practicing hard, never saying no (which led to teaching a lot of kids classes, and included cleaning the school, until I was senior enough that my si dai were made to take that over;)

Evening classes at the school consisted of 1.5 hours of grueling "basic training", 1.5 hours of learning forms under the master's instruction, with an optional additional hour of student practice. Weekend classes were taught in the mornings and afternoons. Students were also expected to to do morning practice during the week.

In our school, words like "energy" were never used, except in the context of caloric consumption, which was called "spending money".

My personal practice is focused on Tai Chi Sword with Wudang flavor and technique, and in service of that, my current curriculim is tai chi (basic & advanced), liang yi, hsing yi, pakua fan, and jian, although I have not begun teaching under my own name (i.e. outside of my teacher's school.)

I avoid naming my teacher and school for 3 reasons:

I've been called a master, but not by people who are qualified to make that assessment, or who have a more generous understanding of what that constitutes.

(For me, the most gratifying achievements are when your teacher tells you you're doing a movement or application correctly, where correctly means real internal technique, which was rare in my school, or a master of another school lets you know you've been well taught and are doing it right.)

My teacher studied Chinese martial arts from childhood, then "ten years, ten hours a day" under a top traditional tai chi master in China, before escaping to Hong Kong to seek a better life, later coming to the US to teach, and ultimately being invited back to China to compete and exhibit.

The philosophy of my teacher is that one should never stop improving, never be satisfied with one's own skill, regardless of their level, and that "tai chi takes a lifetime."

All Questions Answers
Votes Newest
6 When were modern mats introduced into Judo, and did it change the way the art could be taught? Nov 23
6 Function of tassel in Chinese straight sword? Oct 27
6 Is the predominance of grappling in MMA prizefighting primarily a function of the small ring and cage? Oct 15
6 Is there any Systema in John Wick 2? Mar 6 '17
5 Main differences of Karate & Taekwondo Nov 23
5 Contemporary Kodokan curriculum? Nov 12
5 How did Kayla Harrison supplement her Judo for grappling & ground fighting in MMA? Nov 6
5 Kicking while standing on the toes? Nov 6
5 How do you call a practitioner of Tai Chi Chuan (or Kung Fu in general)? Nov 9 '17
4 Is “taking off your jacket” still recommended as the go-to strategy for knife defense? Nov 10
View all questions and answers →