Does anyone actually fight with two katana simultaneously?

Most of us are familiar with the Teenage Mutant Ninja Turtles. Leonardo fights with two katana, one in each hand. In every other movie I have ever seen in which katana appear, they are treated as a two-handed weapon.

Does anyone really use two full sized katana at once?

There are a few forms in Tenshinsho-den Katori Shinto ryu. I know they exist, but was not able to progress to that level in my local school. Here is a link to a video of the style. https://www.youtube.com/watch?v=o2xmfyZSn80

The book of five rings, written by Miyamoto Musashi around 1645, advocates two-sword fencing style (nitōjutsu): that is, wielding both katana and wakizashi.

He does, however, states that you should use two long swords while training!!

Yes. Contrary to what the average "expert" on swords and Japanese swordsmanship will tell you online (along with their obligatory mentions to Miyamoto Musashi who everyone obligatorily must mention whenever dual-wielding Japanese swords is discussed even though in his own book he clearly states using two swords is nothing new in Japan and there are many styles predating Musashi's Niten-Ichi Ryu that show katana and wakizashi being used like the Yagyu Shinkage Ryu note: that image is from a Yagyu Shinkage Ryu scroll that dates to about 1601 when Musashi was only 17 and only just starting to get into dueling), it is possible to fence with two full length katana/uchigatana at once and there is historical evidence showing that it was done. Chinese and Korean depictions of Japanese pirates i.e. Wokou(倭寇) clearly depict them using two swords of identical size that don't seem to be any sort of wakizashi/kodachi: 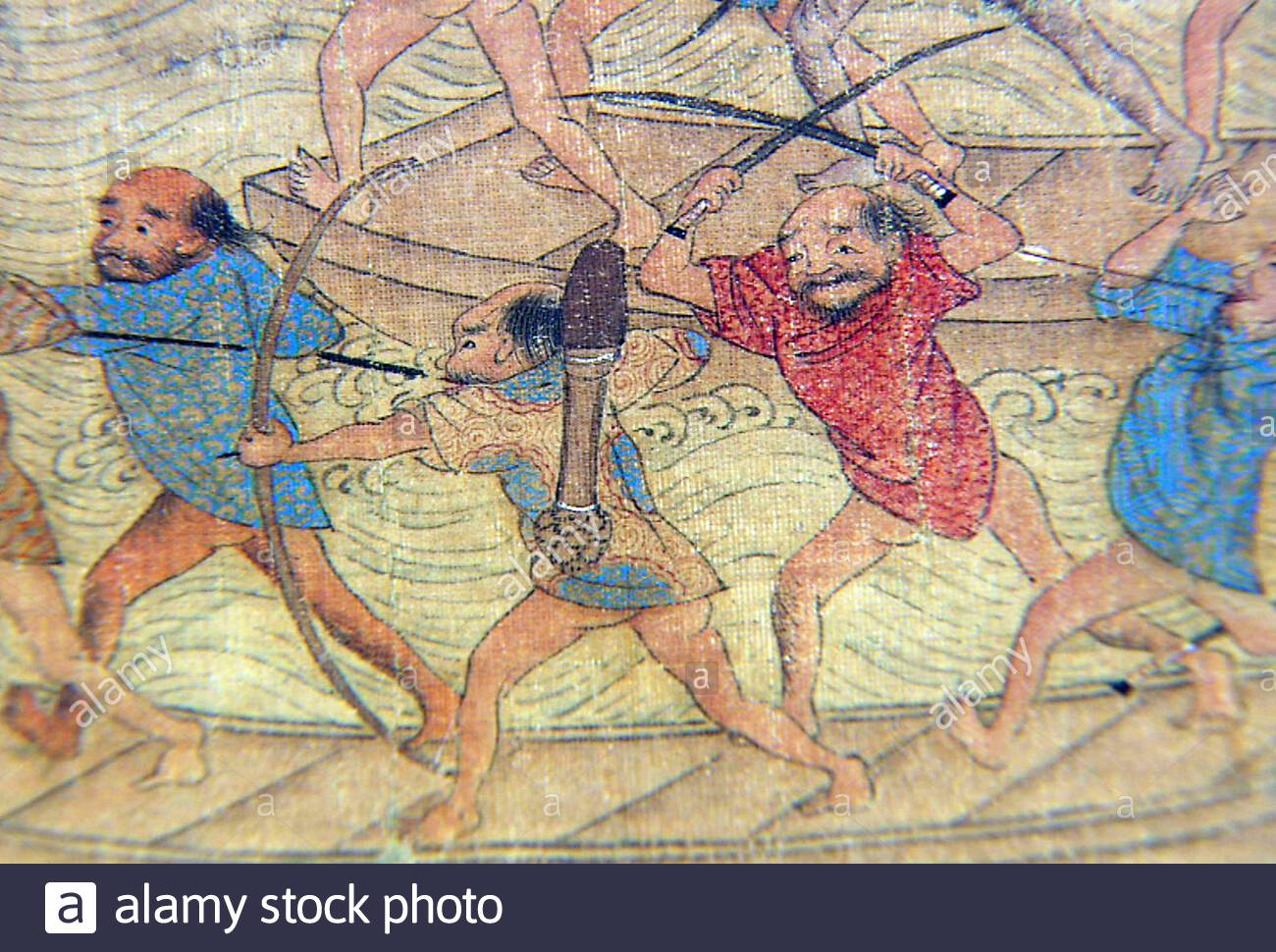 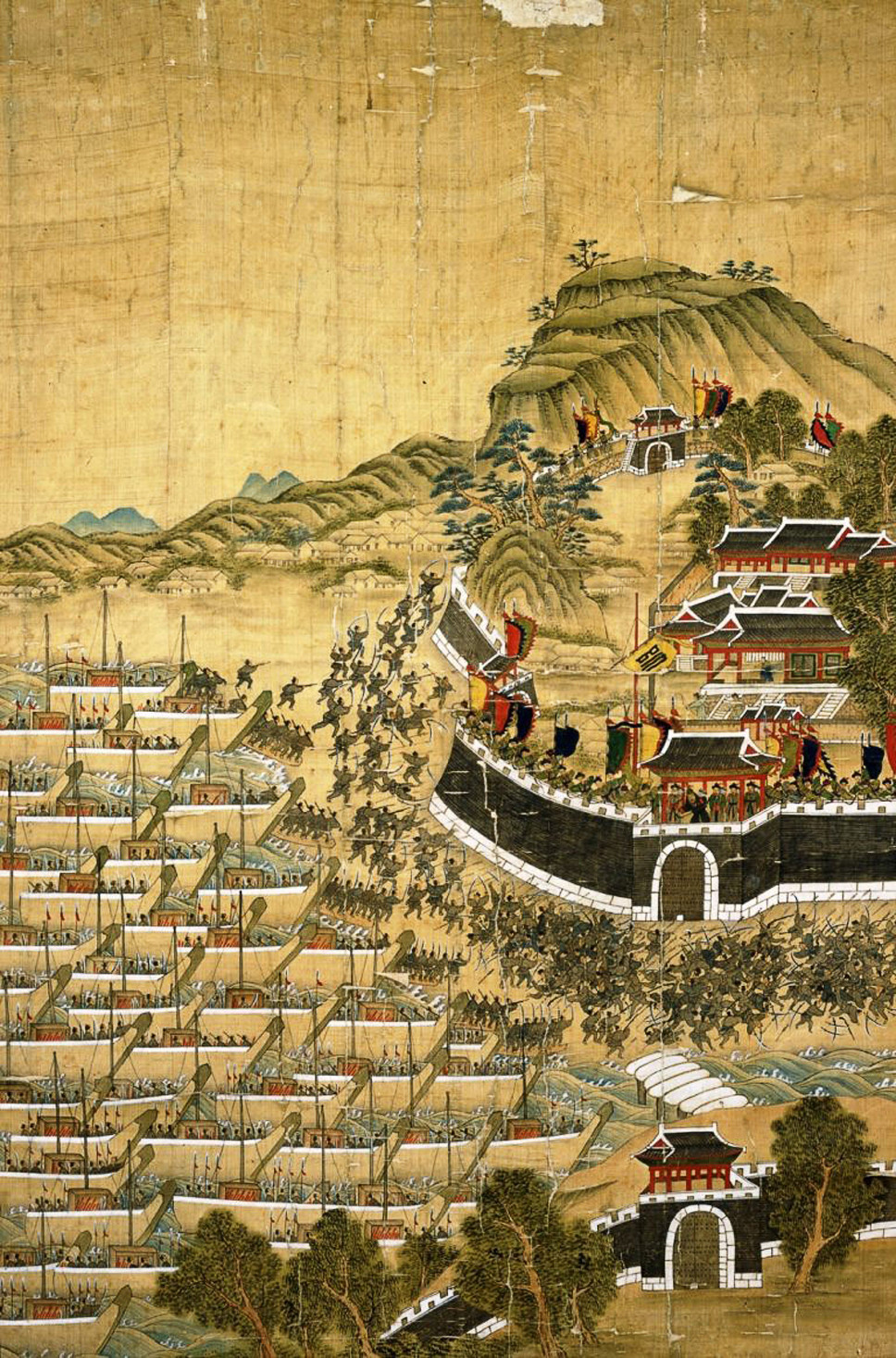 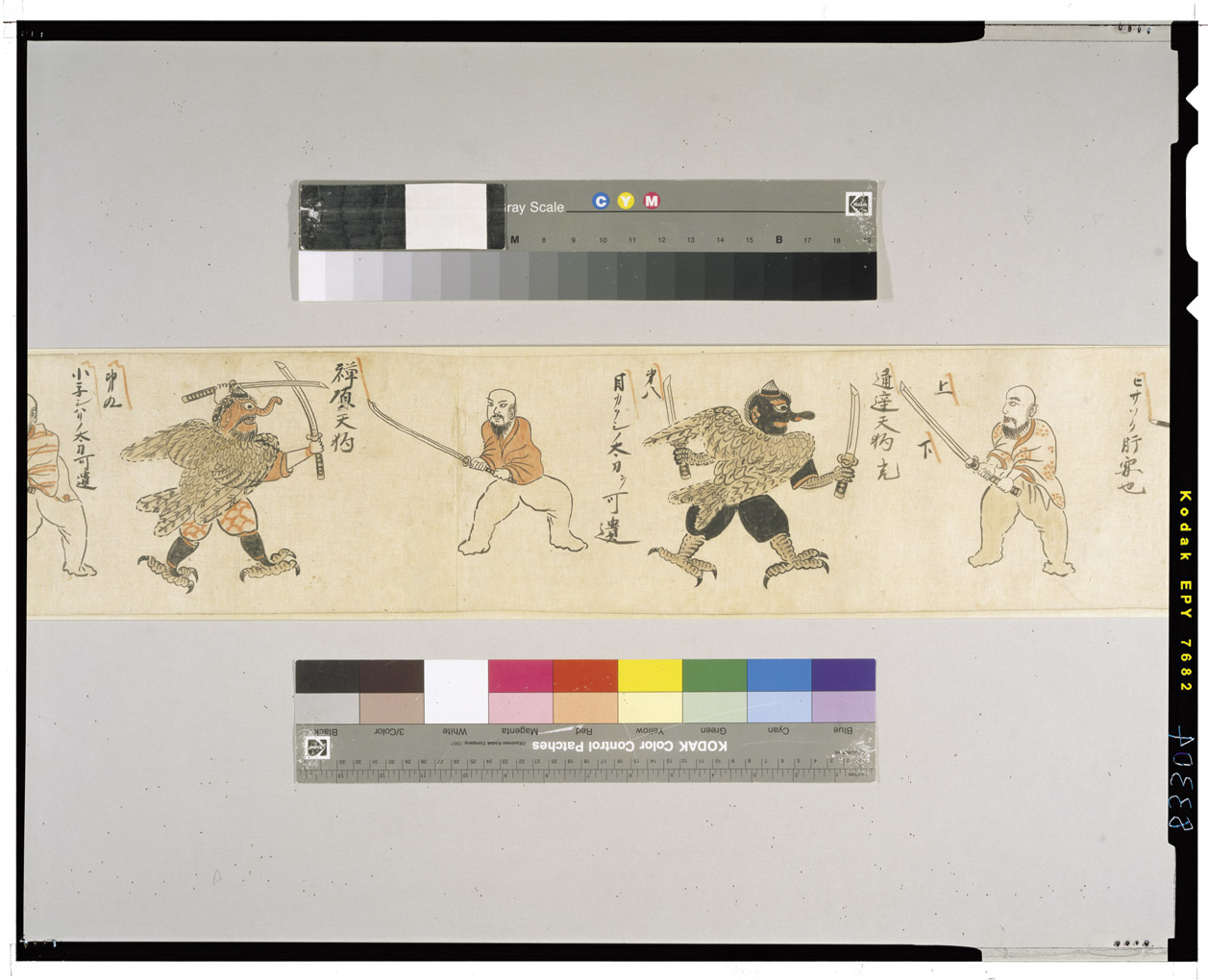 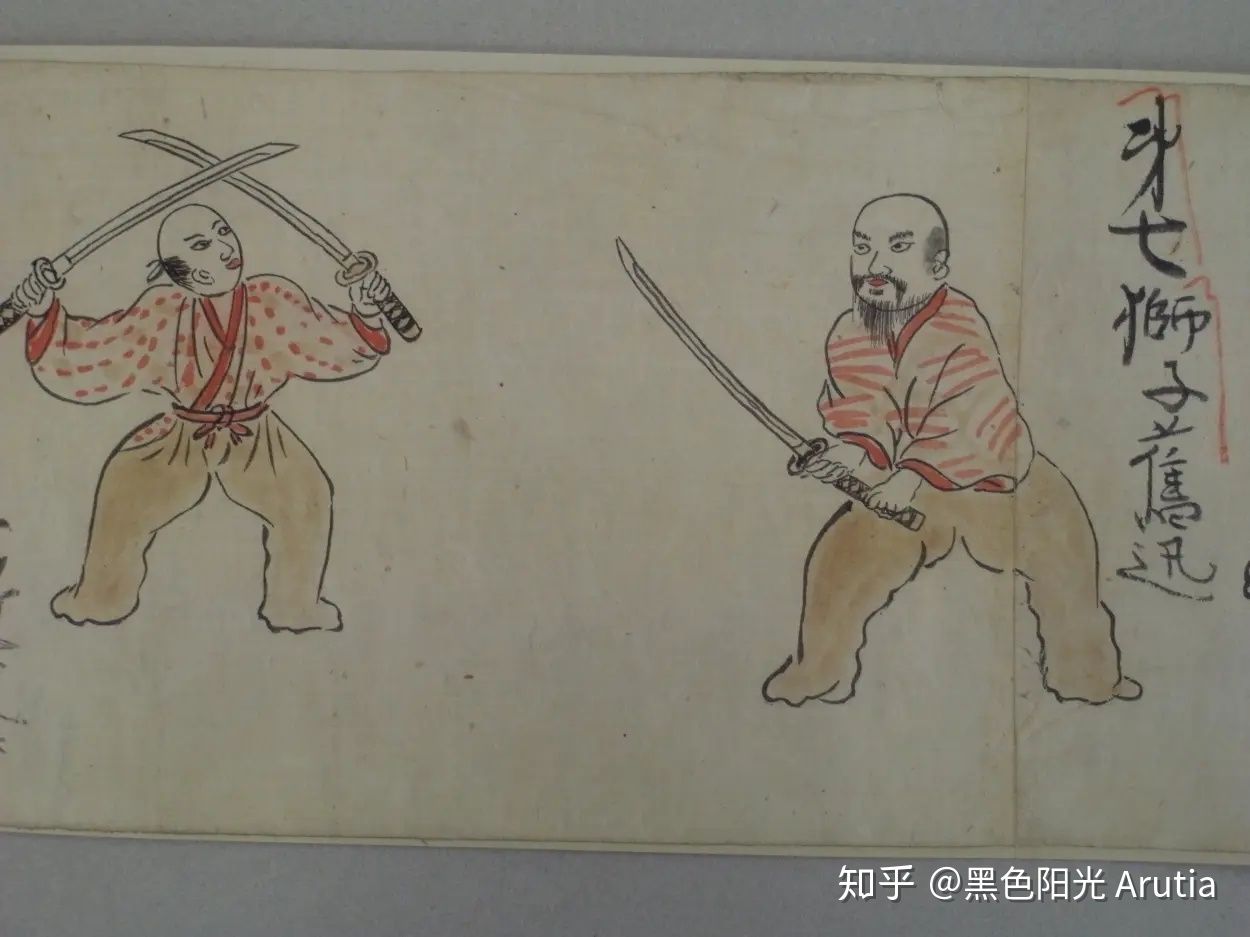 So, yes. Dual wielding katanas is historical and doable and you don't have to be Miyamoto Musashi, Deadpool, or a Ninja Turtle to do it! :P

EDIT: Just to add a bit to the answer, while not strictly "katana" if you mean that word to apply to ONLY Japanese swords, the historical Korean manual Muyedobotongji/무예도보통지/武藝圖譜通志 does show dual wielding a pair of katana-like swords in it.

This would be within the realms of possibility. I would not rule out the existence of some kata for this, because there are hundreds of Japanese sword schools. But, it is unlikely.

To understand why, you need to know what a katana is. It is not a general term for a Japanese sword. It is not a weapon designed for the battlefield. A katana was one of the swords carried as a marker of social privilege (and responsibility) by the members of the Military Government. The other was the wakizashi.

They form a pair, because the katana is a long sword for two hands which is not suitable for all occasions. Indoors for example.

So, there are some techniques for dual wielding katana and wakizashi. But not very many. Situations where it might be useful include corridors and when surrounded.

History aside, there are also mechanical problems. If you really want to use both hands, it would be far better two use two one-handed swords.

Dual wielding of equal weapons is relatively rare in warfare historically. Wielding a smaller secondary weapon is much more common (e.g. rapier + parrying dagger, katana + wakizashi, tomahawk + longknife). However, there are a few cases (though all of these are 'small' weapons, none the size of katanas):

As Sean said, nito ryu teach the way to fight with a katana and a wakizashi, but in real fight, on a ground battle, a samurai could use those technique with a second full sized katana. I practised it and i don't remember any technique which wouldn't work with two katana. There is some Kenjutsu Dojo that are able to teach it if you wanna try it

Leonardo actually uses 2 ninja swords. A ninja sword is NOT a Katana. In this case yes, dual wielding ninja swords is fine. Otherwise dual wielding 2 katanas almost never happened and still does not with modern people training traditional arts/combat. Dual wielding a katana and a smaller weapon like others have mentioned was and is the common scenario for katana use…Again though Leonardo originally used and is suppose to use Ninja Swords. Often and confusingly people think that type or sword is a nick name for a Katana which is incorrect. Two very different types of swords/weapons.

Not the answer you're looking for? Browse other questions tagged history weapons style sword katana or ask your own question.

6
Does anyone know a good source of information about Sambo on the web?
10
Blocking with a katana blade
1
Can anyone ever fight as people do in movies?
8
Has there ever been a boxer who fought like Prince Naseem Hamed?
5
Kendô, iaidô, jôdô, battodô, chanbara... Which one should I pick?
6
Any tricks to help with two hand wielding (dual weilding)?
2
What style should I study to learn to fight with a katana?
5
Multi-opponent martial arts systems and strategies?
2
Martial arts for teen with arthritis